Pakistan’s superstar, Humayun Saeed will be seen as a key character in Netflix, hit series, The Crown.

He has become the first ever Pakistani actor to land a well-recognized role in a Netflix original series.

Humayun Saeed is set to play, Dr. Hasnat Khan, a British – Pakistani heart surgeon. It is presumed that Dr. Hasnat and Diana had a secret relationship for 2 years. Diana had described Mr. Khan as ‘Mr. Wonderful’ and by her friends the “Love of her life”. Diana also visited Mr. Khan in Lahore.

We might catch some glimpses of their on-screen brewing chemistry in the fifth installment of The Crown. 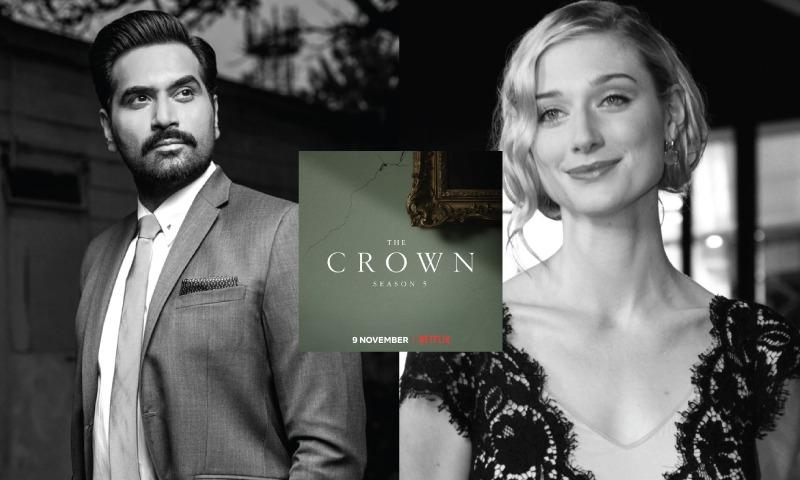 However, Elizabeth Debicki, who plays Princess Diana in the fifth season of the Crown is all praises for her co-star, Humayun Saeed

“I absolutely adored Humayun — he was such a lovely actor, and such a beautiful person,” she told EW in an exclusive interview.

“You never know how that’s going to feel when you’re playing things like that with an actor. So I was very lucky to have him, and I think he does such a beautiful job.”

The upcoming season will cover the 1990s which was a tragic time for the royals, including the death of Diana and so much from Windsor Castle’s catastrophic fire to Princess Anne’s divorce and Prince Charles and Prince Andrew’s separation from their wives, could be the subject.

These incidents and tragedies are very carefully handled and covered by all concerned making sure no sentiments are hurt during the process.

Season 5 of the award-winning Netflix series will hit the streaming site on November 9.