The acting categories had shut out people of colour while no women directors were recognised in the directing segment. 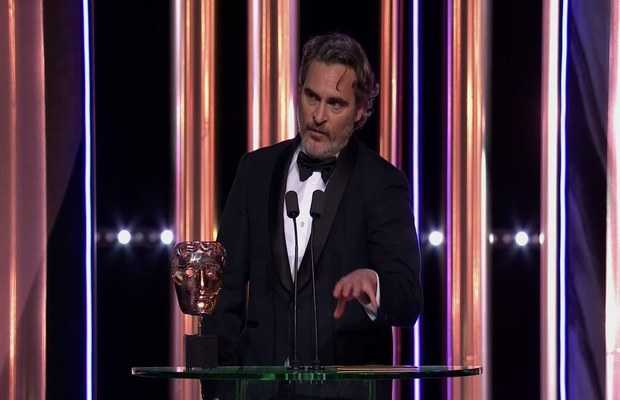 Britain’s top film awards were criticized for having all-white shortlists in its acting categories and an all-male one for the director, which led towards triggering the use of the hashtag on social media.

And at the awards night, it was best actor winner Joaquin Phoenix who call out the “systemic racism” of the industry that received a lot of attention.

Phoenix accused the industry of sending out “a clear message to people of colour that you are not welcome here”.

“I don’t think anybody wants a handout or preferential treatment, although that’s what we give ourselves every year. I think people just want to be acknowledged, appreciated and respected for their work. This is not a self-righteous condemnation because I’m ashamed to say that I’m part of the problem,” Phoenix said on stage at the Royal Albert Hall.

“I have not done everything in my power to ensure that the sets I work on are inclusive, but I think it’s more than just having sets that are multicultural. We have to do the hard work to truly understand systemic racism. I think it is the obligation of the people that have created and perpetuate and benefit from a system of oppression to be the ones that dismantle it. So that’s on us,” he concluded.

Both the British Academy of Film and Television and Academy of Motion Pictures Arts and Sciences have been heavily criticized for the lack of representation and diversity after the nominations were announced.

tweet
Share on FacebookShare on TwitterShare on PinterestShare on Reddit
Saman SiddiquiFebruary 3, 2020
the authorSaman Siddiqui
Saman Siddiqui, A freelance journalist with a Master’s Degree in Mass Communication and MS in Peace and Conflict Studies. Associated with the media industry since 2006. Experience in various capacities including Program Host, Researcher, News Producer, Documentary Making, Voice Over, Content Writing Copy Editing, and Blogging, and currently associated with OyeYeah since 2018, working as an Editor.
All posts bySaman Siddiqui