Like millions of other Pakistan supporters, Eternals star rejoiced the historic win 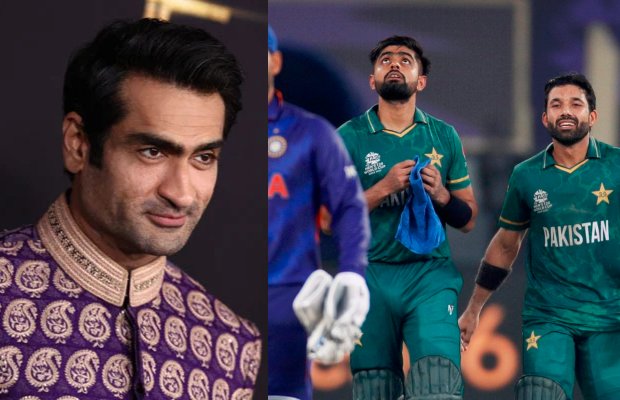 Did you know Kumail Nanjiani was watching the #PakvsIndia T20WC match!

Pakistani-American actor Kumail Nanjiani was seen rejoicing on Twitter after his home country won the match against their arch-rivals India by 10 wickets in their T20 World Cup opener on Sunday.

The Academy Award-nominated star had been voicing his support for Pakistan live during the match over the microblogging site and we wish he could have shared any visuals as well.

Kumail Nanjiani, who rocked at the ‘Eternals’ premiere wearing Pakistani designer Umar Sayeed’s sherwani, kept a close watch at the game till the last over as he wrote, “Ok Pakistan needs to finish this up now. Let’s not leave it to the end.”

And he seems to have been rejoicing when Babar Azam and Mohammad Rizwan powered the team towards a historic 10-wicket win, Nanjiani who hails from Karachi said, “I think they heard me.”

Like millions of other Pakistan supporters, Eternals star rejoiced the moment.

“Fantastic game. And beautiful to see India and Pakistan on the field together, “Kumail Nanjinai wrote. 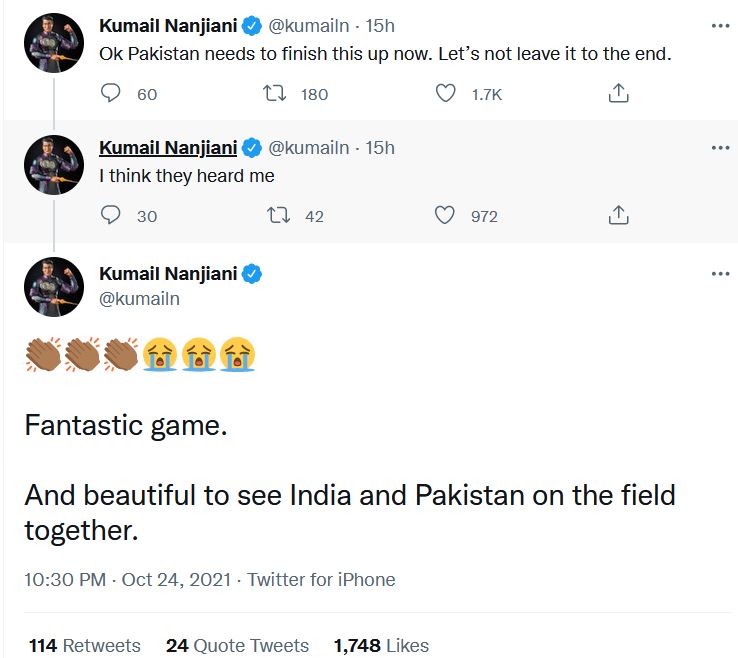 In Eternals, Nanjiani’s superhero character assumes the identity of a Bollywood star.

We wish he could have seen how we celebrated last night’s victory in Pakistan.