In Eternals, Nanjiani’s superhero character assumes the identity of a Bollywood star. 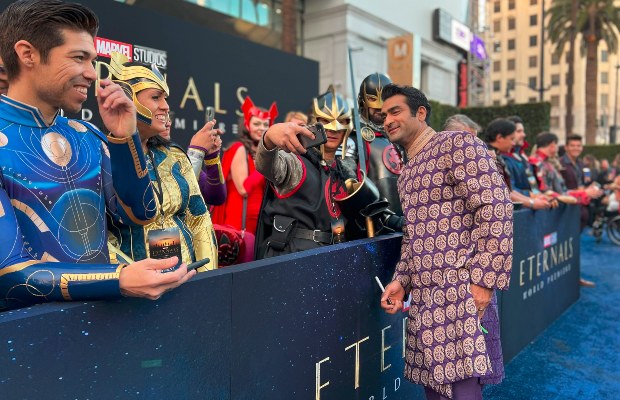 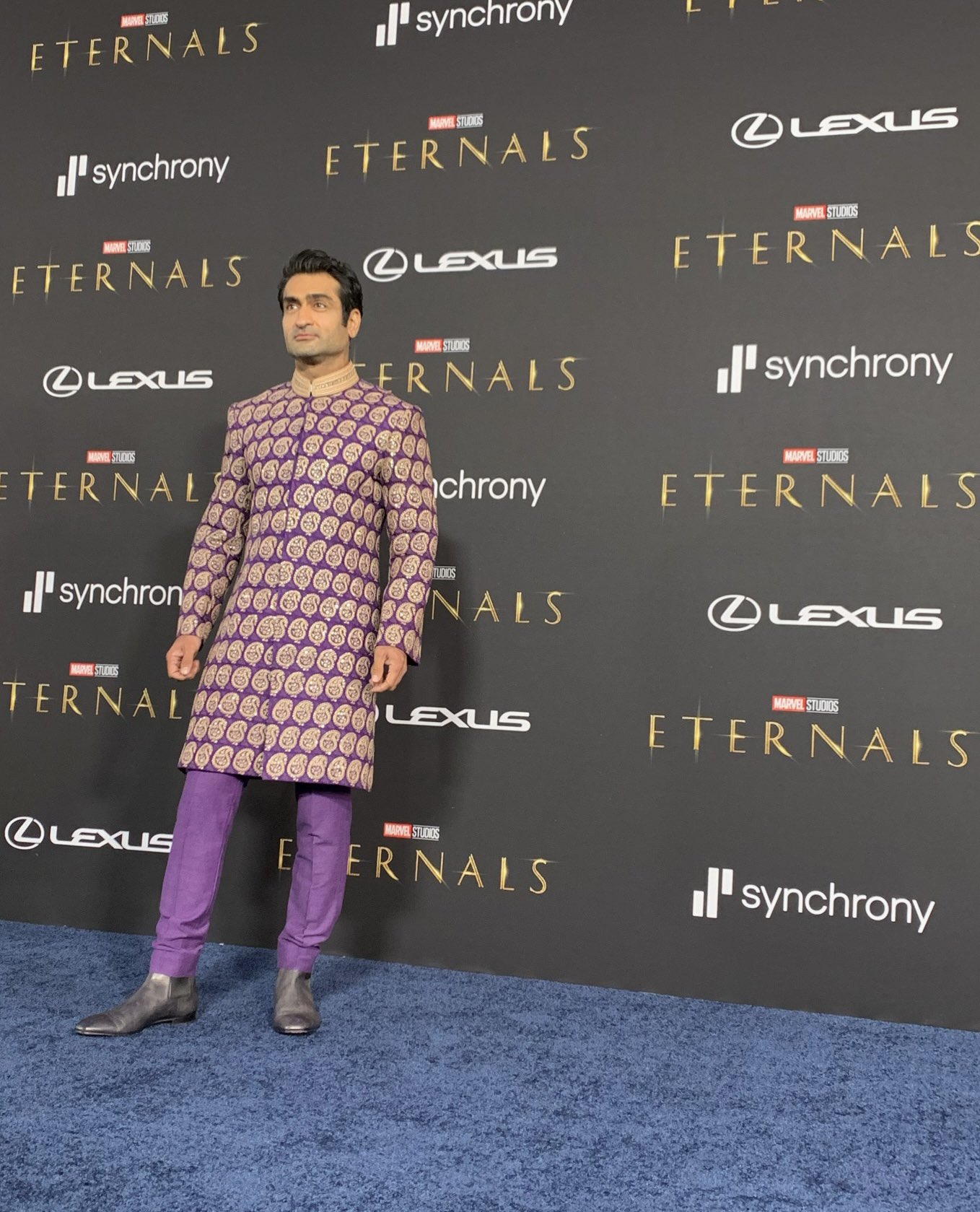 Kumail Nanjiani ‘s who hails from Karachi told The Hollywood Reporter that his mother helped him choose Umar Sayeed for the look.

“I wanted to wear a Sherwani because 1. They look awesome and 2. My costume in the film always reminded me of Sherwanis. And I wanted to use a designer in Pakistan, not just a Pakistani designer in the U.S. So I called my mom, she gave me names of three amazing designers in Pakistan,” he said while talking to The Hollywood Reporter.

Never in my life had I thought of seeing a brown superhero, let alone seeing that same brown person wearing a sherwani at a marvel premier!! @kumailn you are absolutely incredible & I'm so proud of you 😭💜 #Eternals #Kingo pic.twitter.com/ItQ7rz2NqH

.@KumailN has arrived and is a ⭐️ See him as the cosmically powered performer #Kingo in #Eternals! pic.twitter.com/UN3UjvAXF0

“Being fragile and strong, that you can be both” #Thena I just know she’s gonna be the best ugh #Eternals pic.twitter.com/1FdoFLnpDI

tweet
Share on FacebookShare on TwitterShare on PinterestShare on Reddit
Saman SiddiquiOctober 19, 2021
the authorSaman Siddiqui
Saman Siddiqui, A freelance journalist with a Master’s Degree in Mass Communication and MS in Peace and Conflict Studies. Associated with the media industry since 2006. Experience in various capacities including Program Host, Researcher, News Producer, Documentary Making, Voice Over, Content Writing Copy Editing, and Blogging, and currently associated with OyeYeah since 2018, working as an Editor.
All posts bySaman Siddiqui