This is a first of it's kind precedent being set by Duke and Duchess of Sussex, 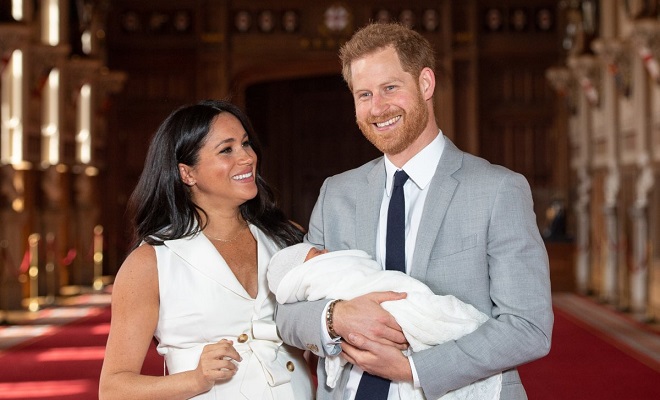 Following the pursuit of breaking norms, Meghan Markle and Prince Harry might be raising their son Archie, in both UK and the US – a precedent unmarked in past.

As per some sources, Meghan Markle and Prince Harry are considering the option of raising Archie Harrison in US alongside his birth country UK. This will be an attempt to introduce him to his mother’s side of the culture.

“For Meghan, it’s just as important for Archie to learn about her family history as it is for him to learn about his royal ancestors, so she plans to go on a trip to L.A. with him once she’s comfortable taking him on a plane,” a Royal source revealed to an English publication.

This is a first of it’s kind precedent being set by Duke and Duchess of Sussex, who have previously shattered a few more Royal norms. Earlier, they declined a title for Archie at his birth, and decided to have him go by the name Master Archie, like other regular kids.

“One of the reasons Meghan and Harry decided to reject a title for Archie is because they want their son to lead a normal life,” the source further said.

Albeit that Archie will automatically become a Prince once Prince Charles (his grandfather) ascends to the throne, for now his parents and particularly mother intends to keep him away from Monarchy as much as possible. At their end too, Meghan and Harry are keen on making a few amendments to their ‘royal life’.

“Meghan likes to do things her way, she’s a very strong woman who wants to use her role to modernize the monarchy,” claimed the source.