An uncanny face resemblance and similar height, Rozi is famous for his looks like Peter Dinklage 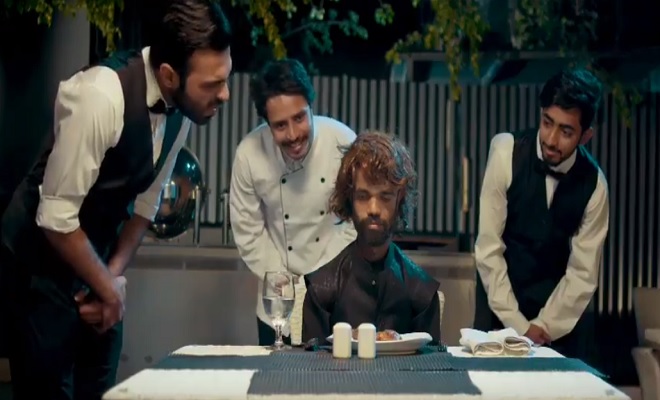 Meet Rozi Khan, a 26 year old waiter from Rawalpindi who recently got viral on social media for his uncanny resemblance with Peter Dinklage, the famous Tyrion Lannister from the most famous Game of Thrones. Well the big news is that Rozi’s looks have landed him his first television commercial, and it’s pretty awesome!

Based on Game of Thrones theme, the advertisement is from food delivery service Cheetey who quite smartly cashed in Rozi’s doppleganger characteristics with one of the main characters of the much hyped television series. We are nothing but praises for the ad and Rozi himself who looks even more like Peter.

Ready to watch the next episode of GoT? Don't forget to order your food from Cheetay!

As per Rozi he himself didn’t know of his doppelganger Peter until recently. It was only when his employer’s – a GoT fan – spotted him and found the uncanny resemblance. This was how Rozi saw the Hollywood actor for the first time.

The 4 foot 2 inches tall Rozi now wishes to meet Peter once in his lifetime and get a chance at acting too. Well let’s say this is just the beginning for him!