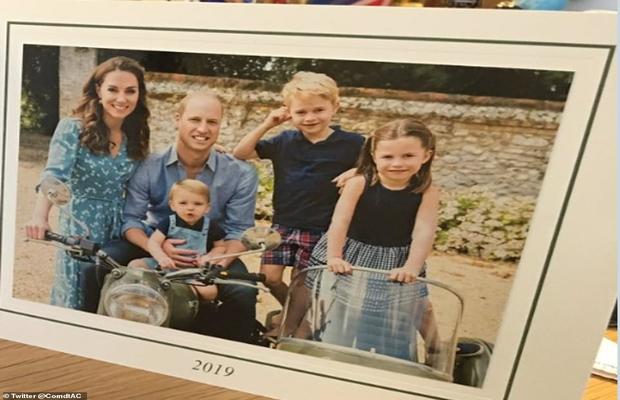 Duke of Cambridge Prince William and Kate Middleton release a Christmas card every year and for all the right reasons it goes viral. This time is no different as the Royal couple’s vintage themed card is making rounds on social media prior to its official release.

Originally shared by Air Commodore Dawn McCafferty CBE RARF – in a deleted Tweet – the Christmas card showed Kate and William with their adorable children, posing with a vintage bike. The family of five is all smiles and the card gives a warm feeling at its first glance. 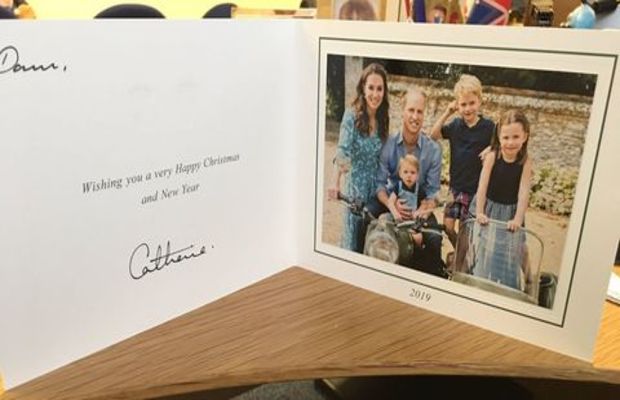 Dressed in polka dot and daisy printed blue frock, the Duchess looks wonderful as usual. Keeping her look soft and somber, it is yet another Kate look that may inspire many. William is seen holding youngest Royal Prince Louis in his lap as sits on what is reported to be Rickman Matisse bike. Charlotte and George are standing next to parents in the sidecar with their ever mischievous smiles.

However, since the card was not officially released by Kensington Palace’s official the original tweet was deleted. It is reported that on the inside Wishing you a very “Happy Christmas and New Year” was written and the Christmas 2019 card was signed by ‘Catherine’ who is the patron of RAF Air Cadets.

Kate was made patron of the Cadets in December 2016 after the Duke of Edinburgh kept the title for over 60 years. The Duchess, in her first military-linked role, is also an Honorary Air Commodore-in-Chief.