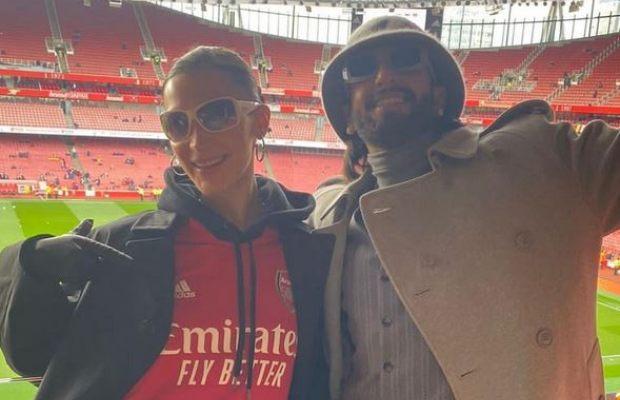 Bollywood star Ranveer Singh is having the time of his life while being in the UK.

The actor had an action-packed weekend as he watched his favourite team Arsenal and its players belt it out on the field as he cheered for them from the stands of the Emirates Stadium in London.

In the stands, Ranveer was also joined by Bella Hadid as the duo cheered for Arsenal.

Reportedly he  has also received a customised No. 1 jersey from English football icon Ledley King.

Gully Boy actor took to Instagram to share his whereabouts while being in London with a caption:  “Great to see the Gunners firing at the magnificent Emirates Stadium!  #coyg #gunners
Along with my beautiful friend, cheering loud & proud, reppin’ the red & white..the very gracious @bellahadid
@arsenal @lcfc @premierleague @plforindia #ARSLEI.”