“Sajal you are amazing in #Alif,'' the fan wrote, the actress responded warmly. 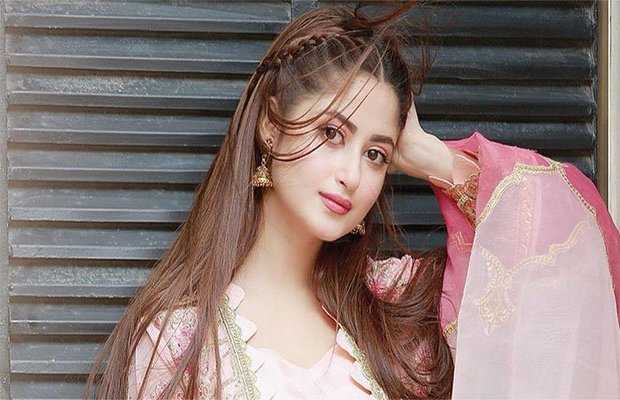 Sajal Aly is garnering immense appreciation for her performance in rare drama serial Alif where she is essaying the role of struggling actress Momina Sultan.  The actress who has become the talk of the town for her immaculate acting in the play thanked fans for appreciating her efforts.

The Alif actress took to Instagram and shared a story wherein she is being admired by a fan for her performance in the drama serial. “Sajal you are amazing in #Alif,” the fan wrote.

The actress acknowledged the appreciation and replied very warmly to the fan. She wrote a big “Shukriyaaaa” with two heart emoticons. 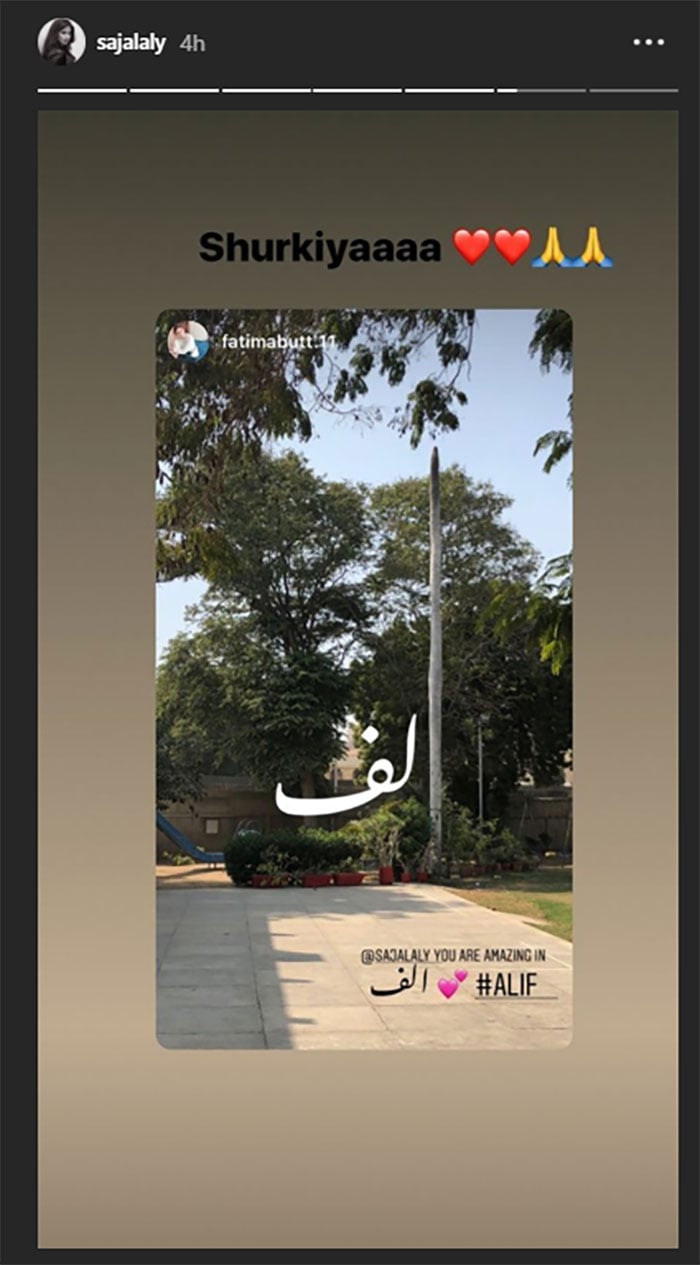