Be it the psychotic Harib in Rasm e Duniya or the conniving Zaid in Woh Mera Dil Tha, Sami Khan brings out the best in his characters 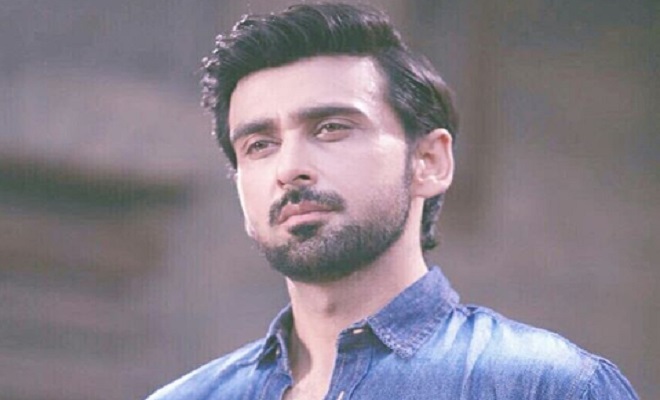 Over the years we’ve seen him play a number of very different roles but its his recent characters on television that have propelled Sami Khan into the limelight in a different manner. Be it the psychotic Harib in Rasm e Duniya or the conniving Zaid in Woh Mera Dil Tha, Sami Khan brings out the best in his characters, ensuring his versatility as an actor comes across very clearly in whatever he portrays.

This time around, after a year’s gap on television, Sami Khan, is returning with a very powerful project, Inkaar, on Hum TV. Starring alongside Yumna Zaidi and Imran Ashraf, Sami Khan’s Inkaar is all set to go on air from tonight i.e. 11th March.

OY reached out to Sami to know a bit more about Inkaar, just to add some fuel to the fire before Inkaar goes on air and here’s what Sami had to share.

Talking about his character, Shayan Malik, Sami shared that he was a multi-layered character. “There’s no black or white to Shayan Malik. There will be times when Shayan will be hated and at times the audience won’t be able to help falling in love with him. Yes, he’s a romantic but that’s not all out Shayan.”

Adding further about Shayan, Sami added that Shayan is a CSS student and a son of a bureaucrat. “Inkaar as the name suggests, will focus on the power of saying “No.” The importance of consent and how a “No” needs to be understood. The story itself is multilayered and therefor focuses on a number of different issues, alongside romance, a love triangle, we’ll have multiple social issues revolving around the feudal system, politics ad bureaucracy,” added the Aisi Hai Tanhai actor.

Talking about working with Yumna and Imran both, Sami was all praises for his co-stars. “After Faysal Qureshi, if we have a versatile actor in our industry, it has to be Imran Ashraf. The guy is fun to work with. I’ve seen him grow exponentially as an actor and it has been an amazing experience shooting for Inkaar,” shared Sami.

Adding further about Yumna, Sami said, “Yumna is a brilliant actress and having collaborated with her earlier and even now, has been a wonderful experience.”

“Kashif Nisar is a brilliant visionary. It has been amazing working with him on Inkaar. The way Kashif Nisar has translated the story on screen, I’m certain Inkaar will turn out to be visual delight for the viewers,” added Sami about the director.

Directed by Kashif Nisar and based on a script by Zafar Mairaj, Inkaar goes on air tonight on Hum. The drama stars Imran Ashraf and Yumna Zaidi in pivotal roles alongside Sami and is an MD Productions presentation.