Umer Sharif is expected to travel to the US for medical treatment this week, said his wife Zareen Umer. 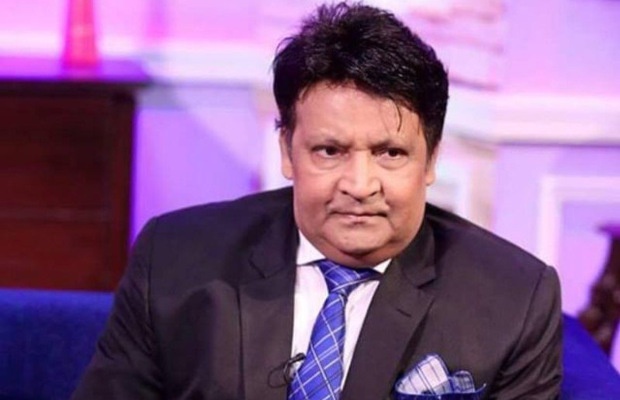 The Sindh government has arranged an air ambulance and released funds for veteran comedian and television personality Omer Sharif who is critically ill.

Umer Sharif is expected to travel to the US for medical treatment this week, according to his wife Zareen Umer.

According to a notification issued on Tuesday by the provincial finance department, the Sindh government has released funds of Rs40 million for the ailing comedian to meet the treatment expenses. 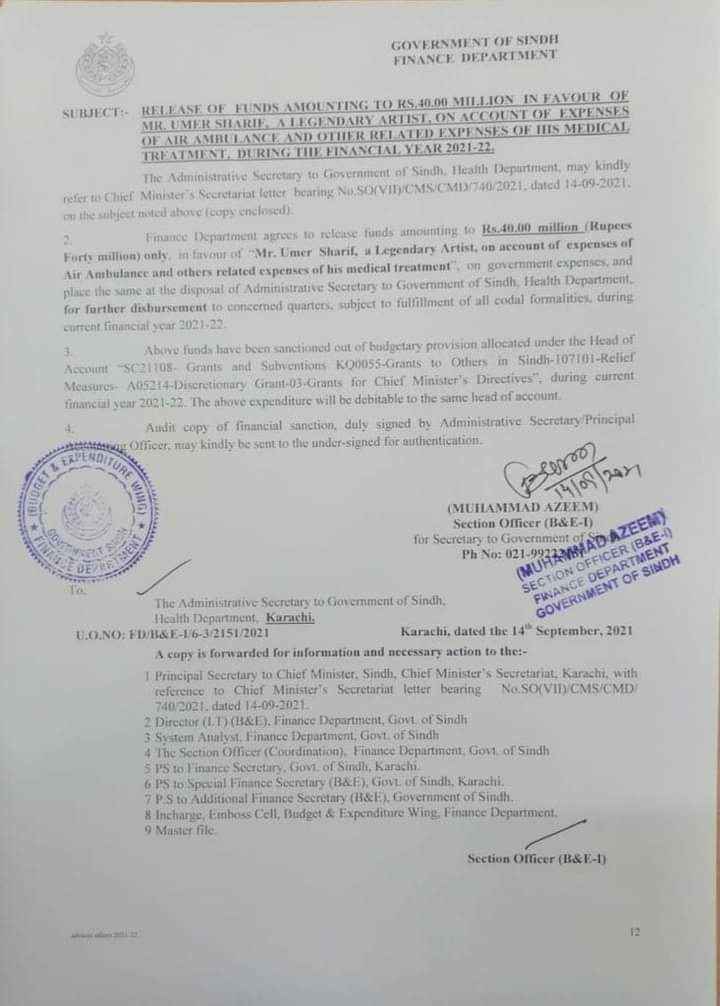 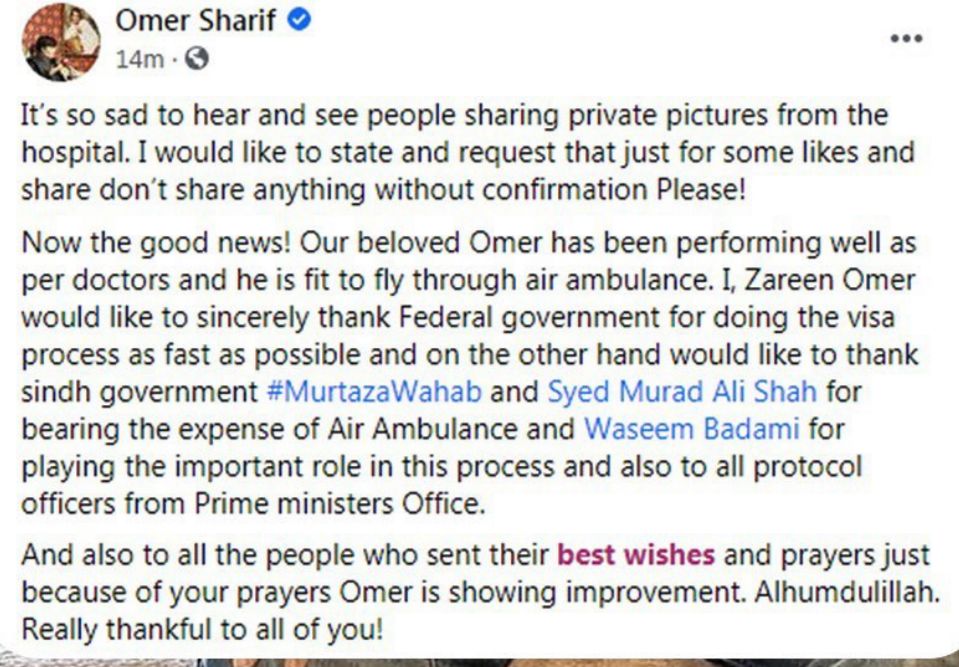 Earlier in the day, former Lollywood actress and host, Reema Khan disclosed that her husband Dr. Syed Tariq Shahab has agreed to perform the high-risk procedure of ailing comedian Umer Sharif in the United States.

In an Instagram post, Reema wrote: “Umer Sharif – one of the greatest comedians of the sub-continent and a real legend of all times. He always was working hard to make other people laugh and smile. Today it disturbs me to know that he is in pain and distress because of his grave illness.”

“I am proud of my husband – Dr. Syed Tariq Shahab who has agreed to perform the high-risk procedure and is helping the family in his transfer arrangements to America,” she said. “I have requested him to do all he can to help Umer Sharif Sahib recover from this illness,” she added.

“Thank you, Tariq. I pray to Allah PAK to give Shifa in your hand and to give Umer Sahib full and complete recovery. Aameen,” she concluded. 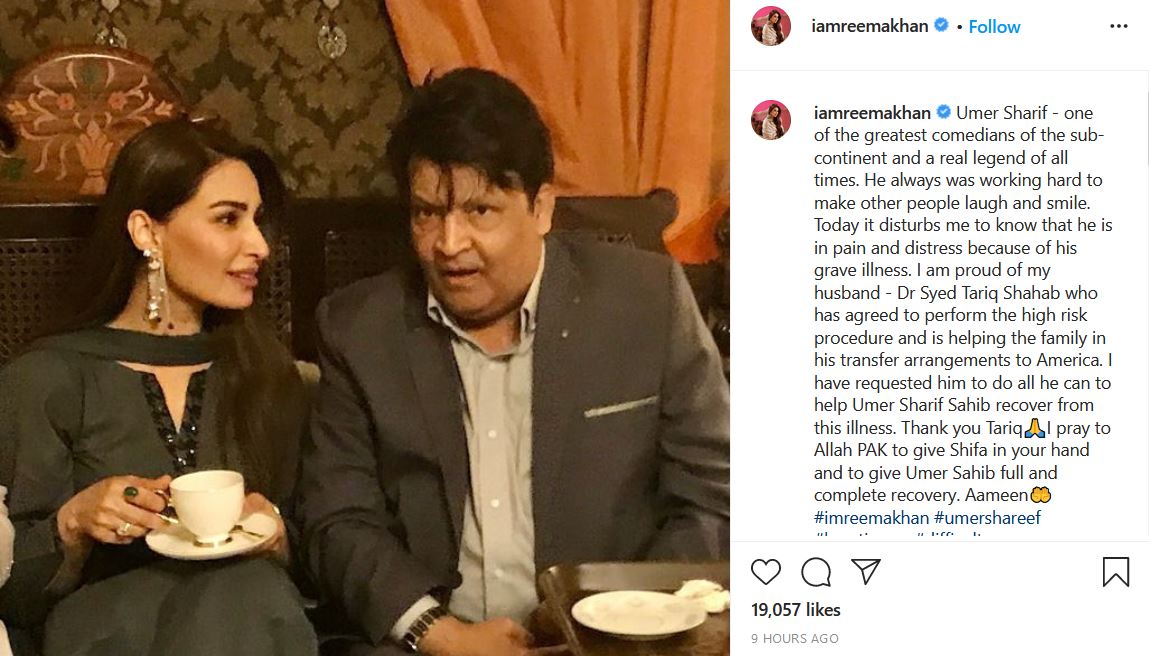