Sonya Hussyn is fed up with the ‘Ertuğrul’ debate 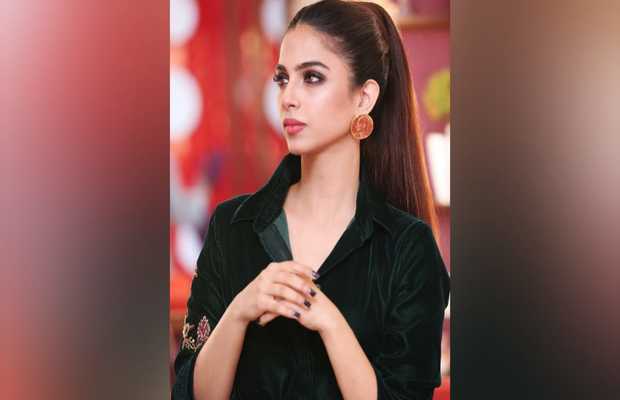 Ever since the dubbed version of the Turkish series Dirlis Ertugrul premiered on Pakistan’s national we tend to get many celebrities engaged in a pro or anti Ertugrul Ghazi debate.

And it seems like Pakistan’s popular actor Sonya Hussyn has become fed up with it.

The Saraab actress recently took to social media to share her distress for the Ertugrul Ghazi’s stars and series being dragged into controversy now and then.

Read More : Sonya Hussyn is excited for her project that is headed for world’s biggest digital platform 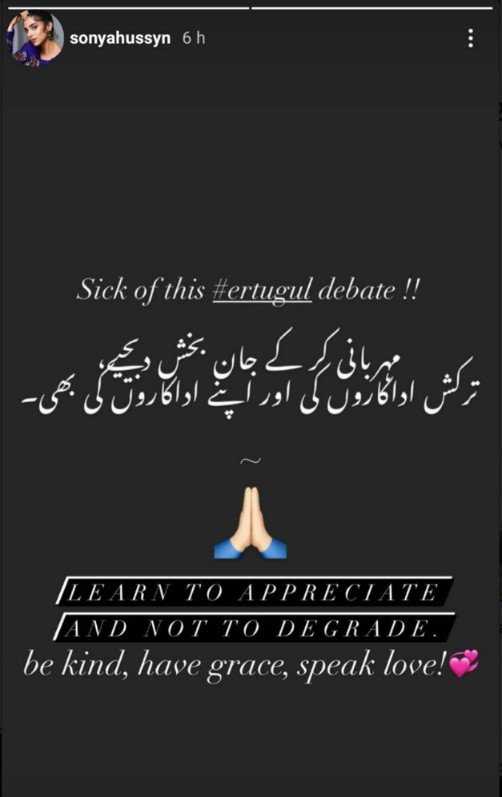 Taking it to Instagram, in her story, Sonya shared, “Sick of this Ertuğrul debate.”

“learn to appreciate and not degrade,” she further added urging her fans to be kind, have grace, and speak love”.