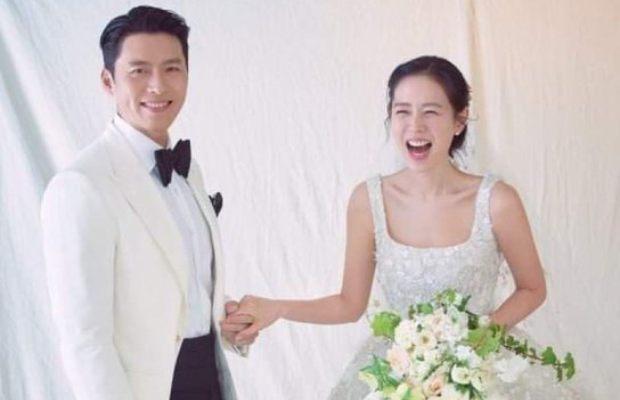 Months after speculations of dating, Crash Landing on You stars made confirmed their relationship last month when they announced their wedding date.

The couple played Yoon Se Ri and Lee Jeong Hyeok in the hit 2019 Netflix series, and fans were more than excited to see them becoming a couple in real life as well.

Before working together in Netflix’s Crash Landing on You, both starred in the 2018 Korean crime film The Negotiation.

The actors’ agencies VAST Entertainment and MSTeam announced the news in a joint statement on Instagram on March 31, captioning the photos which show the couple in white at their private ceremony.

“Today, actor Hyun Bin and actor Son Ye-jin got married, taking their first steps as a married couple. We apologise for the fact that this ceremony will be held privately in consideration of the Covid-19 situation. We bring you the news through the wedding photos of the two,” VAST Entertainment

“Thank you from the bottom of our hearts for the many congratulations and warm support for the two of them on their new start. In the future, actors Hyun Bin and Son Ye Jin, along with their agencies, will always do their best to repay the love,” they said.

The popular stars today have tied the knot social media is bustling with their wedding photos.

Congratulations are in order for the Korean stars on tying the knot on social media:

Congratulations to Brand Ambassador #SonYeJin on her wedding day. In a picture by #AhnJooyoung, the actress wore a tulle dress, featuring a sheer top with floral embroideries from Pierpaolo Piccioli's #ValentinoPreFall22 collection. pic.twitter.com/1Fyf4leZnX