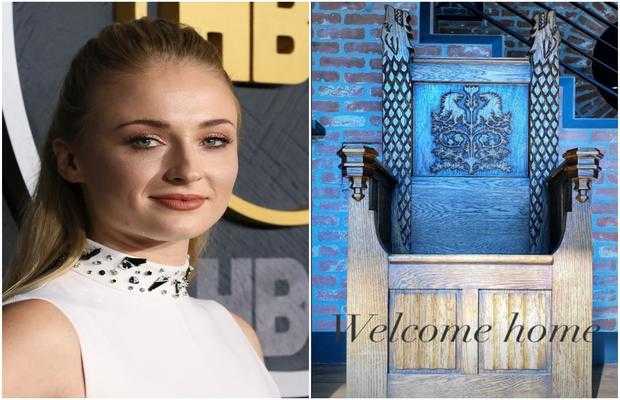 Game of Thrones famed Sophie Turner has brought home the throne of her character Sansa Stark who was rightfully crowned the Queen of North in the finale episode of the HBO show.

The actress has added quite a sentimental touch to her $14 million mansion as she took to Instagram and shared the new decor addition.

“Welcome home,” the 24-year old captioned the picture of the throne which has dire-wolf carved on it. 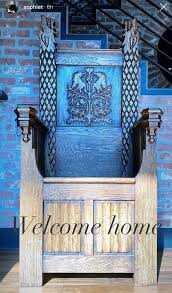 In the final episode of Game of Thrones titled The Iron Throne, millions saw Sansa Stark – the eldest of the Stark children alive – claim Winterfell as the rightful heiress. No wonder Sophie, who herself is now queen to her 10-bedroom mansion in Encino’s gated Royal Oaks Colony, felt pride to bring home her prized posession. The mansion is residence to the actress, her musician husband Joe Jonas and their newborn daughter.