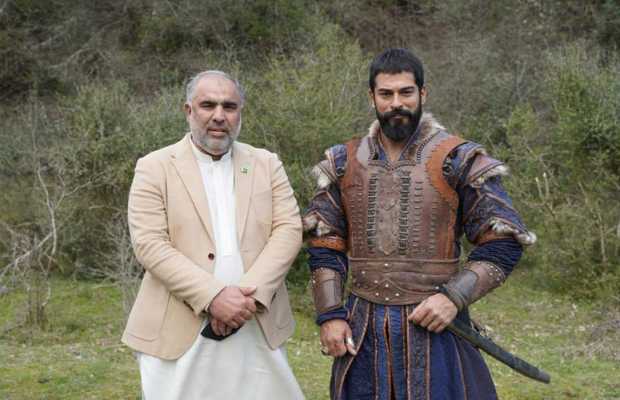 Sharing pictures from his visit on social media, Qaiser said: “I must appreciate @mmehmetbozdag for penning down a masterpiece like #KurulusOsman. Thank you for navigating us through the sets. It has been an incredible experience.”

Sharing a photo along with Burak Özçivit in a tweet Asad Qaiser wrote: “It was a pleasure to met with @burakozcivit from #KurulusOsman. I thoroughly enjoy watching period pieces in the little time I get. Hoping Kurulus: Osman to be another memorable watch.”

Creator of the series, Bozdağ also shared photos from Speaker’s visit, saying that he was honored to host them and sent his greetings to all the people of Pakistan.

tweet
Share on FacebookShare on TwitterShare on PinterestShare on Reddit
Saman SiddiquiMarch 29, 2021
the authorSaman Siddiqui
Saman Siddiqui, A freelance journalist with a Master’s Degree in Mass Communication and MS in Peace and Conflict Studies. Associated with the media industry since 2006. Experience in various capacities including Program Host, Researcher, News Producer, Documentary Making, Voice Over, Content Writing Copy Editing, and Blogging, and currently associated with OyeYeah since 2018, working as an Editor.
All posts bySaman Siddiqui