Umer Sharif landed in Germany on Wednesday after health declined onboard U.S. flight 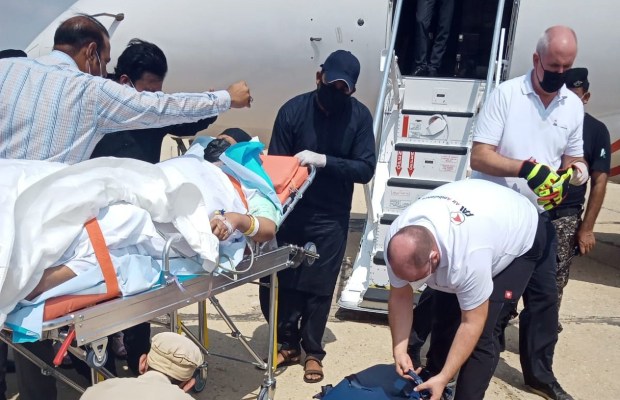 Umer Sharif to be kept in the hospital in Germany for two more days!

Umar Sharif’s departure to the USA for medical treatment has been delayed because the artist had contracted pneumonia.

According to Dr. Shahab Tariq, the comedy king’s condition has improved.

“Now doctors in Germany would examine his kidneys to decide whether he needed dialysis,” he said.

“And only after dialysis will the decision be taken on his departure for the USA,” he added.

Dr. Shahab Tariq said that the team of physicians in Germany has told him that Umer Sharif may have to be kept at the hospital for two more days.

The air ambulance carrying comedy veteran Umer Sharif to the United States on Wednesday made an emergency landing in Germany after his health began to deteriorate during the flight.


As being reported, Germany allowed the emergency landing on humanitarian grounds and has granted Umer Sharif and his wife a 15-day visa.