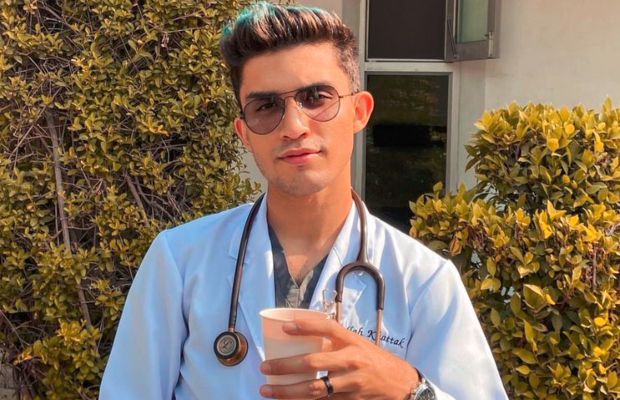 Vlogger Abdullah Khattak passed away in a tragic road accident in Peshawar on Wednesday.

His Namaz-e-Janaza will be held at Rahatabad madrassa Peshawar at 10:45 PM.

Khattak was studying medicine at Agha Khan University Hospital and often uploaded content related to his studies on social media.


The heartbreaking news of the 21-year-old medical student’s passing was shared by one of his close friends in an Instagram post as well.

Life is unpredictable, and the news of his untimely demise has left his fans and followers in shock.

We are deeply saddened by the tragic loss of our dear student and friend, Abdullah Khattak (MBBS ‘24), who met with a motorcycle crash earlier today. Our heartfelt condolences and prayers go out to his family and friends. pic.twitter.com/6HUaaHOsVa

#BreakingNews
"We Belong to ALLAH and him we shall return"

I can't process this news of Abdullah khattak passing away. Life is so unpredictable. I literally grew up watching his vlogs, his YouTube channel struggle, his alevel grades, his hardwork to get in AKU. One minute you’re here and the next minute you’re six feet under the ground.

Remember watching Abdullah Khattak's alevel result reaction video and just admiring how humble and intelligent he was.
May his soul rest in peace and may Allah grant patience to his loved ones (ameen sum ameen)

Please take time and appreciate & love ppl around you cause life is so unpredictable, May Allah bless his soul and grant him highest ranks in jannah!
Dr Abdullah Khattak!💔 pic.twitter.com/n7DvW4ajfO

Our heartfelt condolences and prayers for the departed soul.