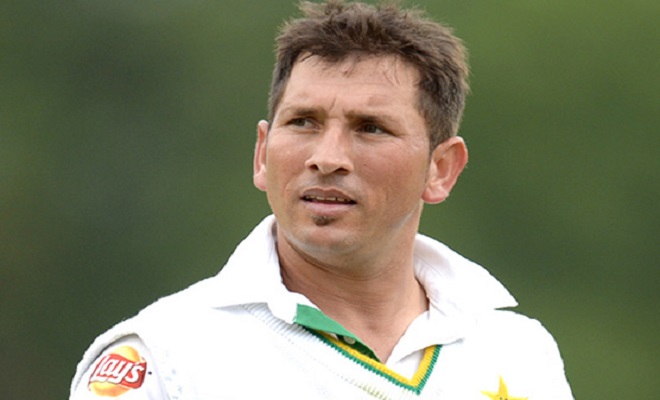 There are spells and then spells. That Wasim Akram spell in the world cup final. The Shahid Afridi spell in the World T20 semi final. Or Shoiab’s numerous thunderous spells. Think, Adelaide, Sharjah, Colombo, Port Elizabeth, Lahore et.al. Or Waqar Younus pretty much through the early 90s or that CB series in England. Alright, just to put in a hint of neutrality I’ll mention Stuart Broad, the modern day champions of such exhilarating spells. Yasir Shah has that kind of a spell in his record now.

Its not like he hasn’t won Pakistan games before. Nor this is the 1st time, he has picked wickets in a bunch. But this was different. He had no right to do what he did. The wicket, as it showed in New Zealand’s 2nd innings was pretty decent. New Zealand looked under control. The openers, had given them a decent start. Heck Tom Lathom, reverse swept Yasir off the rough. But it was perhaps that moment which frustrated Yasir the most. The Kiwi’s downfall started from there. Raval, tried a reverse sweep of his own and the ball somehow ended up hitting the wickets.

That started a procession. With drift, dip and guile, Yasir put them New Zealand in a spin. Batsmen were playing as if Yasir was spitting fire. It was such a spectacle. For those who watched Pakistan’s grinding for 2 days, this was their reward. It was the kind of spell that makes you want to jump around in joy. It was mastery of the highest level. Skill which is not seen often with spinners becoming carbon copies of Ravinder Jadeja, flat, accurate and pacy. Playing darts in cricket.

But after an old school batting performance, Yasir show cased how being an old school leg spinner serves. It was astounding to watch. A plethora of record were broken, but those were an after thought. It was the contagious joy this spell brought, which mattered most. This is why we play and watch sports. 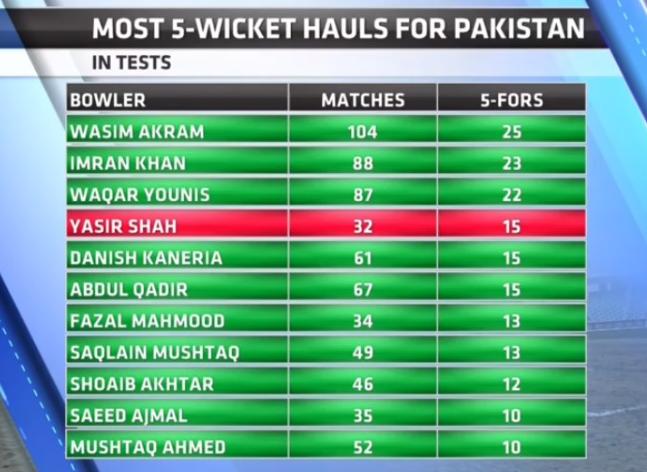 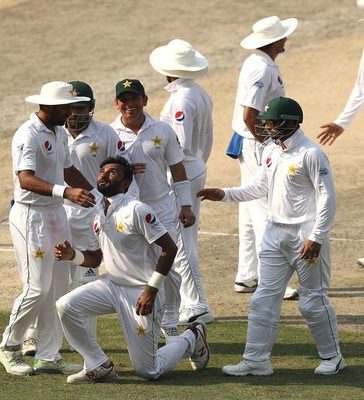