Starring alongside Tom Holland in Spiderman Far From Home, Zoha is a Pakistani born and raised who moved to UK in 2012 to pursue law studies 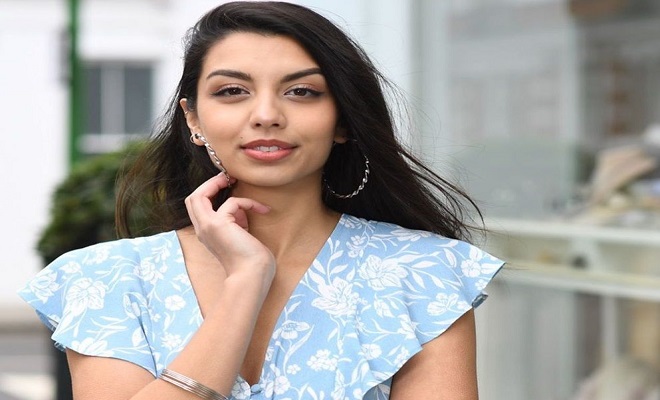 Hollywood is slowly and gradually progressing in terms of diversity and it seems like inclusion of Muslim characters will be done fairly right in the process. While a speculation of Kamala Khan – the first female Muslim superhero – has hyped up and a standalone movie is set to be in works, it is Zoha Rahman who in essence made it to screen to represent the Muslim females’ segment.

Starring alongside Tom Holland in Spiderman Far From Home, Zoha is a Pakistani born and raised who moved to UK in 2012 to pursue law studies. However, as fate would have it, Zoha soon took up modeling and acting as a part time ‘hobby’ which led her to the auditions of Marvel’s latest release.

“My agent was asked to send options to the casting director for diverse students and they liked my profile and invited me to audition,” said Zoha while talking to Dawn.

“I had no idea what I was auditioning for until I signed an NDA at the studios and got the script to audition, I was on camera in 5 minutes and I had just found out I was auditioning for Spider-Man! Thankfully, I remained calm and my performance was good enough for them to call me back and give me the role,” she added.

Zoha plays a classmate of Peter Parker (Tom Holland) in the movie and unlike other diverse characters that are pretty much in the background, Zoha has quite a prominent role. Zoha is amongst Peter’s friends who together take a trip to Europe and the Pakistani star shares the screen with the Spiderman to a satisfactory extent throughout the movie.

“We are South Asian but we’re not that taxi driver or terrorist kind of South Asian you see in movies, we also don’t have THAT accent from television shows but we know all those things pop up in people’s minds when they see us,” said Zoha who found a responsibility in portrayal of her role to ensure correct representation of her community.

“I grew up without seeing someone like myself onscreen. And when I did start seeing representations in mainstream media, they were irresponsible and poor. I treated my role as a huge responsibility,” she had said earlier in an interview.

In addition to true representation of South Asian teenagers, Zoha also found it an honor to represent scarf on-screen. Albeit that the actress does not carry one in her off-screen life, she was up for the idea to represent a Muslim teenager who is connected to her religious values yet live a ‘normal’ life.

“There was originally no talk of a hijab, I was asked only after I had been cast. When they asked me if i was happy to wear a hijab for the role, i said yes and instantly sent them selfies in ammi’s dupatta,” shared Zoha.

Continuing she said, “I saw the opportunity to represent the multitudes of women and girls that I grew up with and that I admire, and I knew this may well be a turning point for how we are portrayed in mainstream media.”

Zoha also partook with the costume team and gave valuable input in deciding the look of her character. From styling her hijab to wrap in a contemporary style to adding tights or long sleeves to her dresses, Zoha shared she ensured that her character is dressed modestly to suit the hijabi aspect yet remain trendy.

Apart from her Muslim identity on screen and representation of South Asians in Hollywood films, Zoha does not want her identity to hold her back as an actress when it comes to her presence on the sets.

“I don’t think of myself as a ‘South Asian Woman’ on set, because that can be very limiting as a narrative. I am an actress, and I’m doing my job, and I am blessed to have this incredible team around me,” she stated.

However, the Pakistani-British actress is happy that slowly and gradually Hollywood is transitioning towards better and accurate representation of Muslims and breaking what she calls the ‘trio of T’.

“I can see a shift from South Asian characters being limited to what I call the trio of T’s: taxi drivers, terrorists and techies to more human characters with a wider breadth of narratives,” said Zoha.