Baddua has taken a drastic turn! 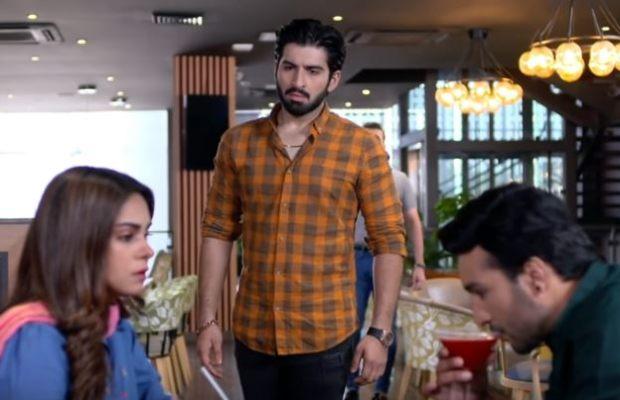 ARY Digital drama serial Baddua has taken a drastic turn in this episode. Muneeb Butt and Amar khan both have given good performances. The good thing about the play is that events take place at a fast pace, nothing seems to be dragged. In the previous episode, we have seen how Abeer lost her child and hopes of saving her marriage. In this episode Junaid catches Abeer having a date with Umair and he eventually divorces her.

Junaid is with his brother and they both coincidentally go to the same restaurant, Abeer is having a date with Umair. Umair is discussing with Abeer about her miscarriage and suggests that she should leave Junaid before he divorces her. Junaid overhears all this conversation and he gets shocked to see Abeer there, he goes there and slaps hard on her face, and drags her back home.

Abeer is such a thick-skinned girl that any girl in such a situation will have no audacity to face her in-laws but she is confidently lying about Umair telling everyone that he was blackmailing her and blah blah and moreover she names Neelum that he has given that boy her number. Junaid knows Abeer’s reality he clearly knows that Abeer is lying and fabricating stories. He tells her that she has aborted his child too on which she says that Nazish Bhabi is behind her miscarriage.

Junaid and his brother blow up with anger on hearing Nazish’s name. Junaid and his brother protect Nazish by saying that he does not want to hear anything against Nazish. Eventually, Junaid divorces Abeer. It seems that Karma has hit Abeer, eventually, she is paying for the sins she has committed. Anyways it does not seem that Abeer has taken any lesson from it, she goes straight to Mohsin’s mother and starts cursing her and her dead son. How vile of her! Abeer is not redeemed at all she deserves punishment.

Abeer goes to her house but she finds a padlock on the door. Instead of waiting outside the house, Abeer is so shameless that she calls Umair. Well, Umair’s expressions tell us that his intentions are not good. He poses as if he cares a lot for Abeer. He takes her to his house. How come Abeer takes such a bold step of going to a stranger’s house. Abeer does not know that she is now at Umair’s mercy. Abeer is still planning how to take her revenge on Nazish Bhabi and Junaid. Nazish Bhabi shares all that happened to her with her husband. The best thing about this episode is that it is fast-paced.