Abeer is feeling remorse on her sins 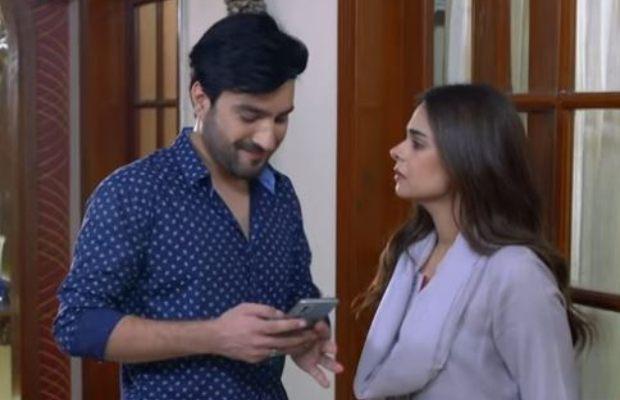 Baddua the ARY Digital drama serial is eventually moving towards its conclusion as this is the second last episode. Performances by the lead cast are brilliant but overall it is a weak script. In the previous episode, we have seen Abeer getting traumatized by Umair’s failed attempt at sexual assault. In this episode, Abeer gets trapped once again by Umair and this time too she manages to flee off by attacking Umair.

Abeer is now a changed person although she has not fully acknowledged all her sins nor fully regretted what bad she has done with Mohsin and others but she has realized that she has embarrassed her parents a lot. This remorse is the reason that when she sees Falak and Kamran and her father’s truly being happy, she refrains to spoil their happiness by not introducing herself.

Falak is happy with her newly married life but her brother-in-law is not very welcoming to her. He himself is quite lecherous and he has evil intentions for Abeer. Jibran is a partner in crime with Umair, and it is his master plan is to trap Abeer. Abeer is traumatized, she was thinking of Umair as her well-wisher and true friend.

Little did Abeer knows that Umair is after her, he wants to take his revenge. Umair has shown his true colors to Abeer that night when he has the intention of raping her. Junaid on the other hand is all set to remarry but he has no idea that Sahar is using him and she will going to take revenge on him for playing with her feelings. This all Sahar and her brother’s track seems quite unconvincing how can Junaid be so naive that he all of sudden takes such a huge step of naming half of his property against Sahar without even caring to inform his own family, he is being quite out of character here.

One good thing about Abeer is that she is not an ordinary helpless girl who just whines over her helplessness she is evil and she has erred but she knows well how to defend herself. Umair shows his true colors to Abeer by editing her picture as nude ones and he starts blackmailing her that he is will show them to her father. Abeer is resolute that she will never let this happen. She goes to meet Umair and this is so stupid of Umair, he takes his mother’s call in her presence ignoring her. Abeer gets the advantage of this chance she hits Umair’s head with a vase and flees off taking his mobile. We are wondering will Umair survive this attack or not?

tweet
Share on FacebookShare on TwitterShare on PinterestShare on Reddit
Rameeza NasimApril 13, 2022
the authorRameeza Nasim
Rameeza Nasim, a Paralian, passionate about poetry, drama and fiction. By giving drama critiques I feel like I am endorsing the writer's message to the audiences, I love my job. Being a critic responsibility lies on my shoulders to point out the flaws and shortcomings of the play be it on writer's , performers or director's end . I did my Masters in English Literature and Linguistics .
All posts byRameeza Nasim