Mansoor gives his 50% shares to Nabeel 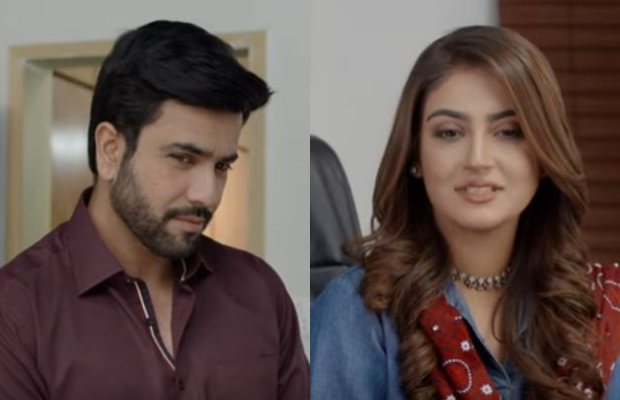 Berukhi the drama serial airing at ARY Digital is getting more interesting as the story proceeds. We are intrigued to know what is going to happen with Sabeen and Irtiza as it seems that they have started liking each other. In the previous episode, we have seen that Sabeen path crosses with Irtiza Ali Baig at an orphanage.

Sabeen on her mother’s advice visits that orphanage once again and there she meets with the manager she is trying to inquire with him about Irtiza when Irtiza himself arrives at the spot. Irtiza talks with Sabeen in person, he taunts her that now she is trying to demean him in front of the manager. Sabeen says to him that she is in fact wants to apologize on her past behavior.

Sana’s father is really upset about what Nazia has fed his mind with, Nazia and Maira are dead sure that he is going to break Nabeel and Sana’s engagement but to their surprise and shock Sana’s father gives his 50% shares of his business to Nabeel and names his house against Sana and moreover he wants to get Sana and Nabeel engaged as soon as possible. Sana is so happy and she is very sensible that instead of having a diamond ring she demands to have her Dadi’s ring which bari Ammi has. Sana is a wise girl.

Irtiza and Sabeen are getting close. Sabeen has joined the Orphanage as a volunteer and so has Irtiza. The fact that Sabeen does not know about the reality of Irtiza Aali Baig fascinates Irtiza a lot. Sabeen has no idea what a big celebrity Irtiza Aali Baig is. Irtiza has lied to her about his name he says that his name is Ali. Irtiza has started developing feelings for Sabeen and it also seems that Sabeen also likes Irtiza.

Irtiza’s family has selected Maira as his bride to be and Aiya Jan wants to hide this news from Irtiza. She shares it with his right man telling about his father and there he gets confused mistaking her for Sabeen. Kamran and Nazia are not happy with what Mansoor Sahab has done. He says that he wants to keep a check on him and for that he has set Sana’s engagement with Nabeel which is making no sense at all. Kamaran says that he will handle this situation but now he wants to have Nikkah not engagement and that he will give the house in Haq Mehar.

tweet
Share on FacebookShare on TwitterShare on PinterestShare on Reddit
Rameeza NasimOctober 14, 2021
the authorRameeza Nasim
Rameeza Nasim, a Paralian, passionate about poetry, drama and fiction. By giving drama critiques I feel like I am endorsing the writer's message to the audiences, I love my job. Being a critic responsibility lies on my shoulders to point out the flaws and shortcomings of the play be it on writer's , performers or director's end . I did my Masters in English Literature and Linguistics .
All posts byRameeza Nasim