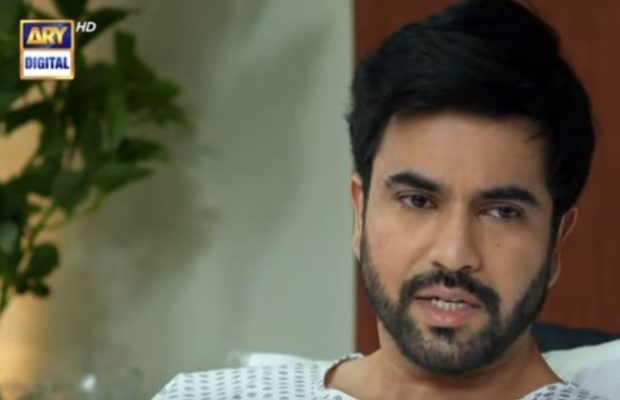 Berukhi, the drama serial airing at ARY Digital is getting intense and interesting although it is still tedious at some points, however, the performances are on point. In the previous episode, we have seen that Irtiza mistakenly thinks that Sabeen is the girl chosen for him and also he reveals his true identity to her. We have also shown that Sabeen also gets attracted to him. In this episode, Irtiza develops a misunderstanding about Sabeen.

Irtiza’s newly appointed house help seems quite suspicious, her manner and the way she is reporting someone about every move of Irtiza suggests that she must be planted. Irtiza and his right man goes to a place to meet someone named Siddiqui, she reports about his departure to someone on phone and as a result, Irtiza gets shot by someone, fortunately, the bullet hits on his arm and the second bullet misses. Irtiza is not safe even at his own home, house help must be an agent. Apart from the house help Iyya Jaan also hates Irtiza to bits.

Kamran is not getting right, he is back to his old flirty habits. He is in a car flirting with a girl when he sees Nabeel standing right at the back of the car, he takes away the car like a flash, Nabeel has not seen him. He is so lecherous that despite getting married to Sabeen he is still flirting with a girl to quite a level. Sabeen certainly does not deserve Kamran. Irtiza is developing a misunderstanding relating to Sabeen that she visits their place, knows him well but still poses as if she does not know him why? as he is mistaking her for Maira. Irtiza insists on his righthand man to bring Sabeen to the hospital so he can talk with her. We are wondering what will be Sabeen’s reaction to his great misunderstanding?

tweet
Share on FacebookShare on TwitterShare on PinterestShare on Reddit
Rameeza NasimNovember 11, 2021
the authorRameeza Nasim
Rameeza Nasim, a Paralian, passionate about poetry, drama and fiction. By giving drama critiques I feel like I am endorsing the writer's message to the audiences, I love my job. Being a critic responsibility lies on my shoulders to point out the flaws and shortcomings of the play be it on writer's , performers or director's end . I did my Masters in English Literature and Linguistics .
All posts byRameeza Nasim