Janu is getting abused in his school 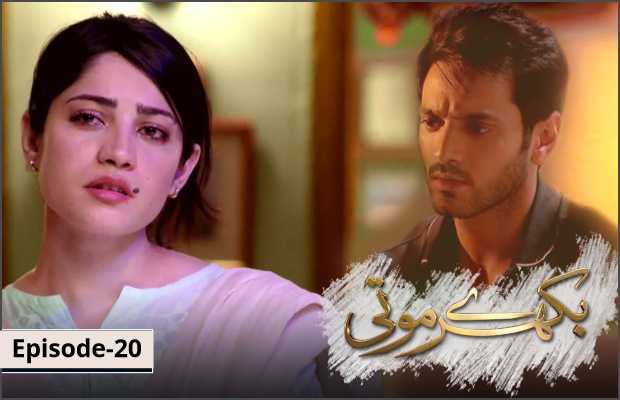 ARY Digital’s drama serial Bikhray Moti is raising a very important issue of Children abuse and Child rights, the play is in fact raising numerous issues simultaneously in this play including domestic violence, child sexual abuse, child marriage. It is required to have a lot of courage and a heart to see such heartbreaking story. This episode is yet another tragic one.

The opening scene is so terrifying where poor Janu is captured by that same old abuser of him and he is continuously threatening him not to tell anything about him to anyone. One of the teachers sees him but he covers up by saying that his pent gets wet. Later we have seen that how Janu runs away from the school. It is all so painful to endure such continuous pain of abuse and cannot speak about it.

Another horrifying scene is when Malik Ghulam comes to take Shehzaadi and she is alone in the house terrified to death that he will break the door any time and will take her away with him. The poor girl is shivering with fear, we have seen that Ghulaam goes away saying that he will come back and take her wife back with him. It is shown that the Poor Shehzaadi is fearing so hard that she is actually imagining that he comes into the house by breaking the door glass and forcefully taking her away.

Ahad finds Janu at alone place he brings him back home and there he also sees Shehzaadi terrified at her house door telling Aiza about Ghulaam. It is shown that Zulfi somehow gets to know that Ahad has come to their house. He snubs his wife, tries to vilify her character but Aiza bravely defends herself telling him that she married him just for children and also that it is he who forcefully married her, he already knows that she likes Ahad.

It is shown that Zulfi is getting sick with his addiction, blood comes with his coughing, and also the dialogues running in the flashback seems to be prophesying his death. It seems that Zulfi is feeling guilty about his past conduct. Why did Aiza asks Ahad to meet her? What she is going to say to him? Janu is avoiding going to school, he is making an excuse that he is not well. Aiza tries to ask him what actually happened with him yesterday but she feels that he is hiding something from her and avoiding this topic. Aiza gets alarmed.

tweet
Share on FacebookShare on TwitterShare on PinterestShare on Reddit
Rameeza NasimOctober 7, 2020
the authorRameeza Nasim
Rameeza Nasim, a Paralian, passionate about poetry, drama and fiction. By giving drama critiques I feel like I am endorsing the writer's message to the audiences, I love my job. Being a critic responsibility lies on my shoulders to point out the flaws and shortcomings of the play be it on writer's , performers or director's end . I did my Masters in English Literature and Linguistics .
All posts byRameeza Nasim