Zoya should take Junaid's warning seriously though she is at risk of abduction once again! 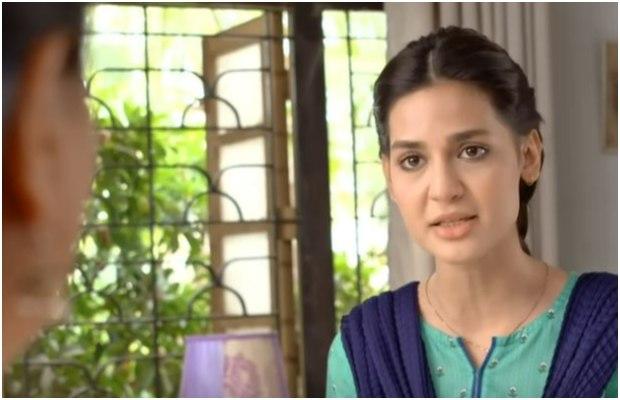 The 7th Sky Entertainment production drama serial Chauraha after going really very strong has taken a different turn. Performances are brilliant, especially Madiha Imam and Mikaal Zulfiqaar’s. In the previous episode, we have seen that Zoya was not ready to forgive Junaid. In this episode, it is shown that Zoya is mustering some courage and she is now standing up for her own self giving Shutup calls wherever needed.

Junaid is there to protect Zoya. He is extremely worried for her safety but Zoya is not ready to forgive him nor does she want any of his support. Junaid has left with no choice but to share with Zoya the plans of his ex-group members that they are planning to abduct Zoya. Strangely Zoya shows no concern and she is even not ready to believe Junaid.

Naila sees Zoya talking with Junaid when she is coming out of a restaurant where she is supposed to date, someone. Well, Naila’s character has not learned anything from that incident. Naila tries to confront Zoya about his meeting with Junaid and Zoya gives her a befitting reply. In another scene where Naila misbehaves with Zoya, Junaid intervened and slaps hard on Naila’s face. We are really disappointed with Naila’s character and how it has turned out to be.

Thank God Arsal’s father is not like his toxic mother. Arsal’s father brilliantly played by Shabbir Jan seems to be a sane-headed man. He despite so much pressure from his wife resists. He tries to take Zoya’s side but he has realized that his wife is not going to accept her. Arsal’s father refuses to force Arsal to marry the girl his wife is suggesting. He very wisely advises her that such marriages usually end up in a disaster so why does she want to ruin her son’s life?

Zoya is now all set to face the world. Saleem Sahab and Shireen go on a dinner date when Naila’s khala arrives at the place with Naila’s fiance-to-be. Naila’s khala is as horrible as Naila she misbehaves a lot with Zoya but Zoya is not coming slow as well.  She gives her the befitting replies that at a point she becomes speechless. Naila’s fiance seems more interested in Zoya and it is clearly evident that he does not like Naila. What will happen with Zoya when Naila’s khala will make a lot of hues and cries over her misbehavior and back answering? Zoya should take Junaid’s warning seriously though she is at risk of abduction once again!

tweet
Share on FacebookShare on TwitterShare on PinterestShare on Reddit
Rameeza NasimAugust 18, 2022
the authorRameeza Nasim
Rameeza Nasim, a Paralian, passionate about poetry, drama and fiction. By giving drama critiques I feel like I am endorsing the writer's message to the audiences, I love my job. Being a critic responsibility lies on my shoulders to point out the flaws and shortcomings of the play be it on writer's , performers or director's end . I did my Masters in English Literature and Linguistics .
All posts byRameeza Nasim