Aahil and Irma are getting close! 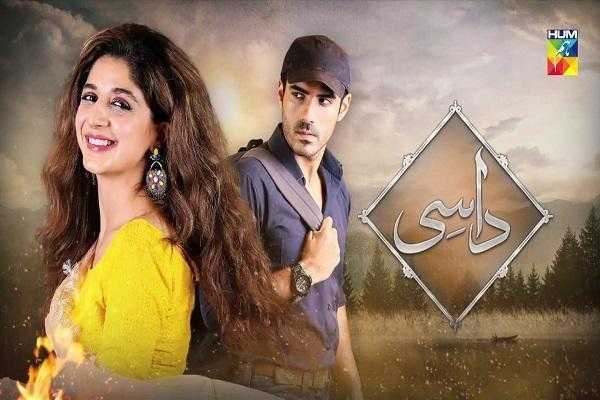 In this episode Shahabuddin is plotting against Sunheri - OyeYeah Drama Reviews
1Share
1.06KViews

Daasi the drama serial running on HUM TV is one engaging play, penned down by Ishq Tamasha famed writer Misbah Nousheen. The story of the play revolves around Sunheri and her struggles. Mawra Hocane has very beautifully played the role of Sunheri and she is sharing the screen opposite Adeel Hussain.

The episode begins when there is a heated exchange of taunts between Tauqeer and Aahil, there is so much bitterness between them but still one wonders why Aahil is giving so much importance to Irma she is also the niece of Touqeer and he has sort of planted her. It clearly seems like she is not going slow and she is too fast in getting Aahil’s attention while Aahil should have been a bit more careful and keeping that in mind that she is Touqeer’s niece while getting so close to her.

Aaliya is now tasting her own medicine as Aadil is not slowing down in punishing her for what she has done to him, Aadil is making her life hell. Irma on the other side is very conveniently intervening in Aahil’s personal space, on which he loses his cool. Aahil shouts at her when she asks him about Sunheri. She creates a lot of fuss of it and it is clearly Irma’s mistake but then Aahil agrees that he will apologize why cannot he sees that he is getting close to Tauqeer’s niece!

Shahabuddin is a very evil person, he is after Sunheri and now he is plotting against her. He very tactfully asks her mother about Sunheri’s wedding plans and he bribes the Rishta aunty with a handsome amount of money and now he uses all his connections against her. He has somehow being successful in brainwashing Sunheri’s mother against her. He is trying to trap Sunheri and her mother and apparently it seems Sunheri is going to be in trouble as Shahabuddin seems to be a very cunning person who can manipulate people and situation according to his own benefits. Sunheri seems helpless in this condition.

tweet
Share on FacebookShare on TwitterShare on PinterestShare on Reddit
Rameeza NasimJanuary 14, 2020
the authorRameeza Nasim
Rameeza Nasim, a Paralian, passionate about poetry, drama and fiction. By giving drama critiques I feel like I am endorsing the writer's message to the audiences, I love my job. Being a critic responsibility lies on my shoulders to point out the flaws and shortcomings of the play be it on writer's , performers or director's end . I did my Masters in English Literature and Linguistics .
All posts byRameeza Nasim