Maya is trying to redeem herself 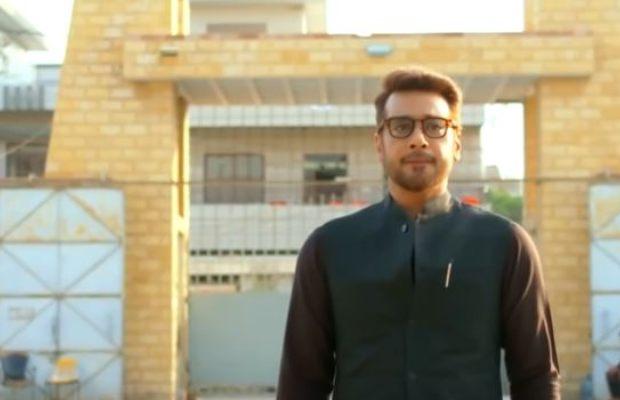 7th Sky Entertainment production’s Dil e Momin is yet another Over the Top drama serial bit problematic although the story premises are quite good. Madiha Imam and Faysal Qureshi’s performances are good but the whole narrative of false allegations getting absolved in the name of love is a disservice to the movement against harassment. In the previous episode, Maya’s apology video goes viral. In this episode, Maya is redeeming herself but she is still desperately in love with Momin.

Momin sees Maya in the graveyard and there he comes to know about her mother’s death. Instead of feeling sorry for her, he thinks of it as divine justice for him. He thinks that God has given her punishment by taking her mother. It is Momin’s mother who feels sorry for her loss. Gohar is hopelessly still in love with Maya regardless of what she has done.

Maya is lonely all her friends have boycotted her and she has been expelled from the University. On the other hand, University apologizes to Momin and calls him back. Momin reluctantly goes to University on his colleague insisting, there at the University he is warmly welcomed by the faculty and students with a proper apology. University has also compensated for his damaged bike by giving him a brand new one. Momin’s reputation is completely restored and joins back the University.

Aashi has shown to be a flawed character, her main flaw is that she had doubted Momin. She has not believed him when she claims to love him the most. Then her self-imposed punishment of not leaving Fakhar’s house is not making any sense at all! Why she is sticking with Fakhar’s mother? and how long she will keep hiding Fakhar’s reality from her parents? This is so unrealistic Aishi has a chance to get back to Momin since her marriage is not even consummated, she can get rid of Fakhar and go back to Momin.

Maya despite losing almost all her relations is still worrying that Momin is not giving her attention! She is still hopelessly in love with him. She is so desperate that she even asks Rani to give him any magical amulet so she can attract Momin. Rani is a good woman she advised her to pray and repent and seek help from Allah only he can help her. Maya follows Rani’s advice and she is repenting. It is good to show that Maya has owned her sin and she has done damage control for Momin too by making his apology viral and taking all responsibility for it on herself and she has also paid a hefty price in form of losing her mother. The question is that is Maya absolved of her sin? The disturbing part is that all her act of false accusation and then repenting is taken as a sign of Pure love which is in reality is toxic love. Do you think Momin is ever going to acknowledge Maya’s love?

tweet
Share on FacebookShare on TwitterShare on PinterestShare on Reddit
Rameeza NasimMarch 9, 2022
the authorRameeza Nasim
Rameeza Nasim, a Paralian, passionate about poetry, drama and fiction. By giving drama critiques I feel like I am endorsing the writer's message to the audiences, I love my job. Being a critic responsibility lies on my shoulders to point out the flaws and shortcomings of the play be it on writer's , performers or director's end . I did my Masters in English Literature and Linguistics .
All posts byRameeza Nasim