Story seems quite unconventional and progressive 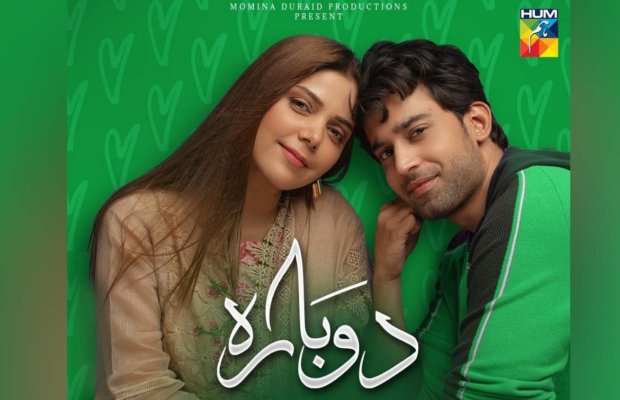 Executed by director Danish Nawaz and penned down by Sarwat Nazir, Dobara seems a promising drama serial at Hum TV. The story seems a bit unconventional it revolves around two main characters Meherunisa played by Hadiqa Kiani a fresh widow who has lost her husband but she is not behaving like how a widow should behave. Another character is a homeless sort of bad boy Mahir played by Bilal Abbas for the very first time we see him in a naughty role but he has his own baggage he is coming from a broken family.

The opening scene of the play is when Meherunisa is in her so-called state of grieve, she is recalling her marriage day how unhappy she was, and then she unpins her bun and loses her hair. She is not shedding a single tear even when her daughter hugs her and cries her heart out even then she does not shed any tear. Everyone is thinking at the funeral that she is in deep shock by her husband’s sudden death.

Then the camera gets into an empty room where our hero Bilal Abbas enters into the room and he silently steals some money from the wallet on the side table. Later it becomes clear that he steals the money from his stepfather’s wallet, which he occasionally visits to see his mother. He comes from a broken family where both of his parents are married and none of his step-parent is ready to accept him. He lives with his father where his stepmother is always creating a fuss to share even food with him. Our heart goes out for the poor boy but he is naughty enough to face his step-parents well.

We have shown a couple of flashbacks where it is shown that Meherunisa is forcefully married to her elderly cousin by her father. She has no will in marrying him and it seems that he is being quite influential in her life he used to call her Meherunisa and refuses to call her Meheru even on her insisting. It seems that Meherunisa is taking his death as her freedom, she is not missing her husband as the way widows do.

tweet
Share on FacebookShare on TwitterShare on PinterestShare on Reddit
Rameeza NasimOctober 21, 2021
the authorRameeza Nasim
Rameeza Nasim, a Paralian, passionate about poetry, drama and fiction. By giving drama critiques I feel like I am endorsing the writer's message to the audiences, I love my job. Being a critic responsibility lies on my shoulders to point out the flaws and shortcomings of the play be it on writer's , performers or director's end . I did my Masters in English Literature and Linguistics .
All posts byRameeza Nasim