Mahir's father is a true gentleman 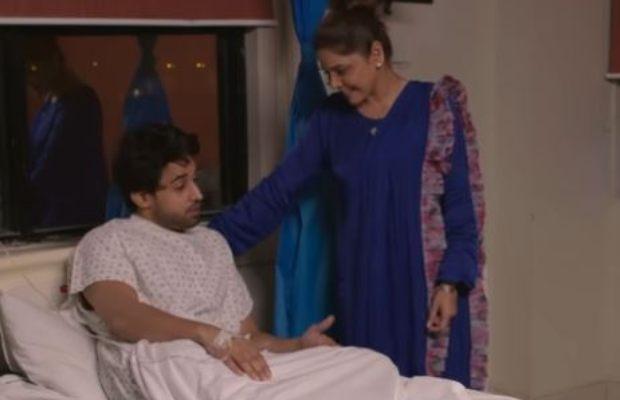 Dobara the drama serial airing at Hum TV is19 episodes down but has taken a slow pace.  This episode in particular has nothing much to offer. However, we get to know more of Mahir’s mean intentions in this episode when he shares with Babar that he has married Mehru for money. In the previous episode, it is shown that Mahir wins Mehru’s trust by not naming Affan in front of the Police.

Jahangir wants to visit Mahir at his hospital when his car breaks down. He is waiting for a cab when Mehru sees him on the road, she offers him the ride. On their way they discuss Mahir. Jahangir Sahab shares his concerns for her telling her that he fears that his son is deceiving her and that he married her for money. Mehru says that she and Mahir have been together because of their deprivation.

Well, Jahangir’s question is the voice of reason, it is the same question arising in the minds of the audience. Why does Mehru marry Mahir what is there which she is deprived of? She is deprived of true companionship. Mehru’s reverence towards her father-in-law looks so nice and so is Jahangir’s concern and respect towards Mehrunnissa we hope that she will help him in getting his treatment. We cannot see him die.

Jahangir and Mehru are ascending the stairs together she noticed that he is not well she holds his hand and there some relative of Jahangir sees him with Mehrunissa wondering what he is doing with a lady. He is certainly going to share it with Jahangir’s pathetic wife and she will create a lot of hue and cry, one feels for the poor ailing man. Mehru goes to see the doctor and Jahangir overhears Mahir’s conversation with his friend Babar where he is telling him that he does not love Mehru he just married her for money.

Jahangir is broken to see his son’s twisted character and his moral campus going astray. He is not realizing that Mahir has turned out to be such a person because of him too, if he has taken his side and had not abandoned him back then he would not have gone to this extent. We have seen Ibtisaam making a call from Canada and feeling bad for Mehru. Phupho, Sahar, and Minahil all are now forcing Affan to go back to his home but Affan is not ready to accept Mahir nor Mehru is ready to initiate anything she wants to teach him lesson. Mahir is the only person who is enjoying the whole game since then he has won Mehru’s trust he is all set to live his dreams. We cannot hate Mahir as well as he is the outcome of his own hardships and deprivations.

tweet
Share on FacebookShare on TwitterShare on PinterestShare on Reddit
Rameeza NasimMarch 3, 2022
the authorRameeza Nasim
Rameeza Nasim, a Paralian, passionate about poetry, drama and fiction. By giving drama critiques I feel like I am endorsing the writer's message to the audiences, I love my job. Being a critic responsibility lies on my shoulders to point out the flaws and shortcomings of the play be it on writer's , performers or director's end . I did my Masters in English Literature and Linguistics .
All posts byRameeza Nasim