Durdana Phupho has set the game so cunningly! 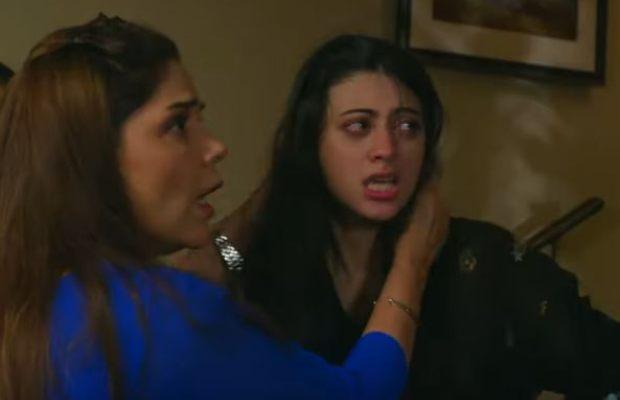 Dobara the drama serial airing at HUM TV is 23 episodes down and it has taken a drastic turn with Sahar’s false accusation of sexual harassment. Sahar demeans Mahir in front of Mehru by wrongly accusing him of sexually harassing her. Performances are on spot. In the previous episode, we have seen that Mahir is outsmarting everyone at the office and house.

Mehru pays a visit to Jahangir Sahab at the hospital. He is extremely grateful to her for all the favors she has done for her. Jahangir Sahab shares his heart with her by telling him about his background his deprivations and his loss also shares with him that he is broken by the divorce and how much he still misses his ex-wife. Their mutual respect and bond are so heart-touching.

Sahar is all pumped with the idea Phupho has infused in her mind. She cleverly plans it and sends Affan to his friend’s house. She calls Affan’s friend requesting him to pose as if he has called him at his place. Well, Affan’s friend sounds way sane than him. Sahar very cunningly creates the whole scene and demeans Mahir in front of Mehru by falsely accusing him that he has attempted sexual assault.

This false harassment accusation seems like a repetitive issue in our drama serials. It is doing such a disservice to the #MeToo movement and generally to all those women who are actually being harassed. The cases of false accusation are just 1% and showing it happening so casually in our plays is going to harm the cause. Mehru is in a dilemma, being a woman she has to believe the victim but her heart is still not ready to accept that Mahir can attempt such a heinous sin. Mahir leaves the house saying that he will not come back till she clears her heart for him.

Durdana Phupho is not coming slow, she has set the game so cunningly that the only support Mahir has in the house is from Shaano and she orders Aslam to send Shaano back to her village by lying to her that her Mamu died. Shaano is the only person in the house who can validate Mahir’s character in front of Mehru and she has been banished from the house now how will Mehru find out the truth? Our heart goes out to poor Mahir, he is outsmarting everyone but he certainly does not deserve this. Who will Mehru side with Sahar or Mahir?

tweet
Share on FacebookShare on TwitterShare on PinterestShare on Reddit
Rameeza NasimMarch 31, 2022
the authorRameeza Nasim
Rameeza Nasim, a Paralian, passionate about poetry, drama and fiction. By giving drama critiques I feel like I am endorsing the writer's message to the audiences, I love my job. Being a critic responsibility lies on my shoulders to point out the flaws and shortcomings of the play be it on writer's , performers or director's end . I did my Masters in English Literature and Linguistics .
All posts byRameeza Nasim