The story is surely gripping as by the end of the episode so many things are revealed that it keeps you hooked. 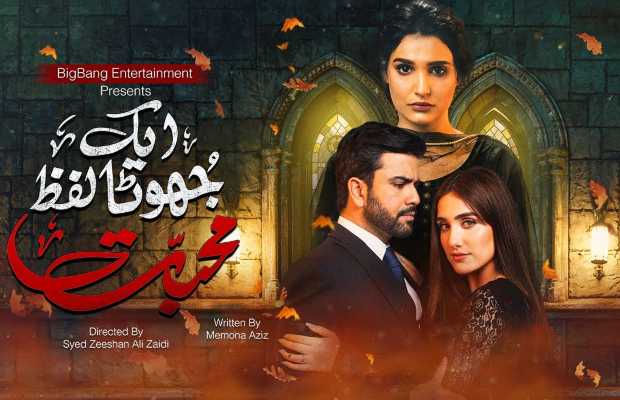 The series is written by  Memoona Aziz, who has penned dramas like Hassad, Mera Qussor, etc.

The director of this drama serial is Syed Zeeshan Ali Zaidi, who gave as hit drama soap like Nand and Hasad. Talking about the direction it is quite subtle and very well executed, nothing looks extra or over the top. The slow-motion scenes, impactful camera angles, are highly gripping.

The first episode went on air on Thursday and it not only revealed the character traits and their well-being but also the relationship status among other characters. It seems like a good-paced drama where a lot happened in a single episode.

The Narrative of this drama looks like a conventional story of a regular typical household that will unconventionally succeed in trapping protagonists in a complicated web of affection, misery, and lies.

Aliza aka Amna Ilyas and Areesha aka Aiza are daughters of Nasir played by Sajid Hassan. Despite being sisters and living in the same house both have a very different approach toward life. Aliza is a mature girl who is confident, responsible, sensible, and a girl who seems like will never do something which is not liked by her parents.

Despite that she is not liked by her Phupho aka Shagufta Ejaz the reason is yet to be revealed in further episodes.  While on the other hand Areesha has high dreams and wants to get rich by any means. And her mean is to get married to a rich guy.

As the story progress, we are introduced to Maaz aka Junaid khan, who is Areesha and Aliza’s cousin, He is a middle-class, simple man. Maaz is engaged to Areesha and to marry her he looking for a job. By the end of the episode, he is successful in that.

Maaz is in love with Areesha and he can ignore every insult of him done by Areesha.  The scene where Areesha throws jhumkas which Maaz bought for her is surely a performance that makes you hate Areesha and feel bad for Maaz.

The story is surely gripping as by the end of the episode so many things are revealed that it keeps you hooked.