The Kayi tribe seeks for a place to migrate before the arrival of winter. 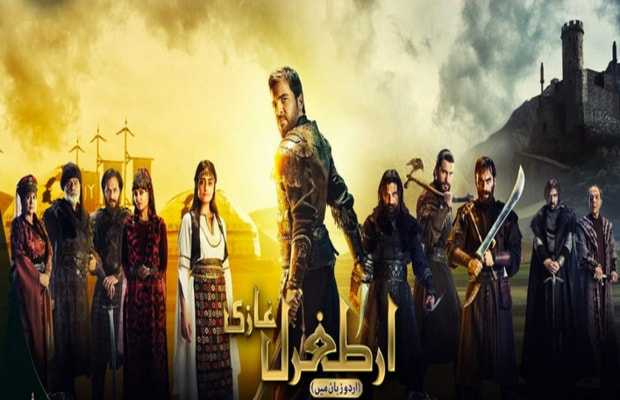 PTV has made possible for millions of Urdu language audiences to enjoy the international popular Turkish series Diriliş: Ertuğrul. The Urdu dubbed series is also available on YouTube in case if you can’t catch up with the daily episode on PTV Home.

As a person who has already watched the original Turkish language series, it’s a delight to find out the PTV has done a commendable job with the closest Urdu translations for Urdu dubbed series, as we all know original essence of the story usually gets lost during the translation process.

The background: Season 1 opens showing the Kayi tribe a branch of Oghuz Turks in the mid-1200s, settled in a Seljuk territory, after fleeing from their ancestral homeland in Central Asia because of the Mongol invasions. This is probably the time period of Sultan Alaaddin Keykubat (1220 – 1237).

The first episode of season 1 opens showing the young Ertugrul, third son of the tribal chief, forging a sword along with ironsmith of the Kayi tribe, who later hands Ertugrul a newly crafted sword named after the iconic sword Zulfiqar, the sword of Hazrat Ali r.a.

It will be interesting to watch, how the writers have magnificently included references from the Islamic history in the drama series, telling the original life stories of Prophet Mohammad s.a.w and his companions, that provide guidance to the characters of this drama series.

The Kayi tribe, ruled by Suleyman Shah is looking forward to migrating to a suitable place before the arrival of winter and the grand meeting is about the be held in presence of the nobles of the tribe who will decide the next move. The most important thing for Kayi’s is to follow their Oghuz traditions, customs, and values.

While Ertugrul set for hunting along with his three warrior companions Turgut, Bamsi, and Doğan, unknown to his fate, what waits ahead for him and will turn the course of his life.

Ertugrul’s elder brother Gundudu wants his brother to be part of the grand tribal meeting a kind of a jirga, but for Ertugrul the hunt is for him and headquarter is for his brother, Gungdudu.

Gundudu shows his wife, Selchan a map that he has bought against the handsome amount and tells that he has found the best possible place for their nomadic tribe to migrate before the arrival of winter.

Selchan is another major interesting character of this series, who is brought up by Suleman Shah’s family. Her father who used to be fast friend of Suleman Shah and was killed by him for trying to revolt against him.

The story proceeds with Knights Templar planning to demolish the Muslim world and take over Jerusalem. The grandmaster Petruccio Manzini of the Knights Templar and commander Tutus are busy plotting against the Seljuks and convince the Pope to launch a new Crusade.

Knights Templar’s new plan is to use the cousin of Seljuk Sultan to claim the throne and make Ayubis and Seljuks fight against each other and pave their way towards Jerusalem, which is under the Muslim control, after Sultan Salah Uddin Ayubi’s conquest.

In order to proceed with their plan, Knights Templar are moving the prisoner Seljuk prince named Numan and his two children, young princess Halime, and prince Yagit.

The wagon carrying these royal prisoners in the guard of Knights Templar is passing the same forset where Ertugrul is headed for a hunt!

These royal prisoners somehow manage to escape when as they templars let down their guard but capture them back and prince Numan is injured with an arrow shot while trying to getaway.

To teach them a lesson for trying to escape, the captain of the Templars is attempting to rape Halime sultan and Ertugrul arrives at the spot. There is a full-fledge first fight scene of the episode hinting at the series will show a lot of action and blood bath.

Meanwhile, Suleyman Shah interviews a trader at his tent who has arrived at the Kayi Tribe seeking permission to sell his goods. He informs of how Sultan Aladdin has conquered Konya but is afraid of runaway prince, there is fire everywhere from Anatolia to Busra (a city in northwestern of present-day Turkey), as it was the time when Mongols where creating chaos in the central Aisa and Knights Templars, on the other hand, are raging Crusades. and the locals were fleeing the Latin Empire of Constantinople, because of the oppression. It is the time of distress for Muslims,

Here comes the introduction of another main character of this season, Kurdoglu,  Suleyman Shah’s blood brother, and in charge of the tribe’s warriors.  Cunning as a weasel, Kurdoglu secretly harbors jealousy against Suleyman Shah.

The trader has also brought his helper along with him to the tribe, who will later prove of being great worthy.

Ertugrul who was after hunting a deer but ends up saving these Muslim prisoners as he believes it is his duty to answer any call for help and teach oppressor a lesson. It is love at first sight for young Ertugrul, who does not the real identity of these people who he has saved from templars killing the captain, who happens to be the brother of the commander Tutus.

He ends up taking these there rescued people to his tribe and offers medical aide to prince Nouman. The entry of them back to the tribe becomes the focal point as everyone wants to know who Ertugrul has brought along.

Everyone is keen to know about the identity of these people, Ertugrul tells his brother he only knows that they were attacked in the woods, and after listening to this Gundudu asks his guard to keep an eye on them. The arrival of Ertugrul’s guests has made Selcan and Gokce.

Meanwhile, the trader’s helper has eyed the true identity of these people.

After Nouman being treated by the herbal healer at the tribe, Ertugrul inquires about their identity from Halime, who lies that her father is a big Marchant and the Knights Templars were taking them to sell as slaves. At the same time, Halime is thankful to Ertugrul who was like an angel to save their lives and feels in debt to his kindness.

The news of Knights Templars being ambushed and escape of prisoners reaches to Kara Toygar, commander of the Seljuk’s army, and who is also a kind of governor of the region.  Kara Toygar is betraying the Sultan Alaudin and has secretly allied with Knights Templars and was helping them to take away prince Nouman and his family.

tweet
Share on FacebookShare on TwitterShare on PinterestShare on Reddit
Saman SiddiquiMay 6, 2020
the authorSaman Siddiqui
Saman Siddiqui, A freelance journalist with a Master’s Degree in Mass Communication and MS in Peace and Conflict Studies. Associated with the media industry since 2006. Experience in various capacities including Program Host, Researcher, News Producer, Documentary Making, Voice Over, Content Writing Copy Editing, and Blogging, and currently associated with OyeYeah since 2018, working as an Editor.
All posts bySaman Siddiqui