Do not read it further if you have not watched episode 4, major spoilers ahead. 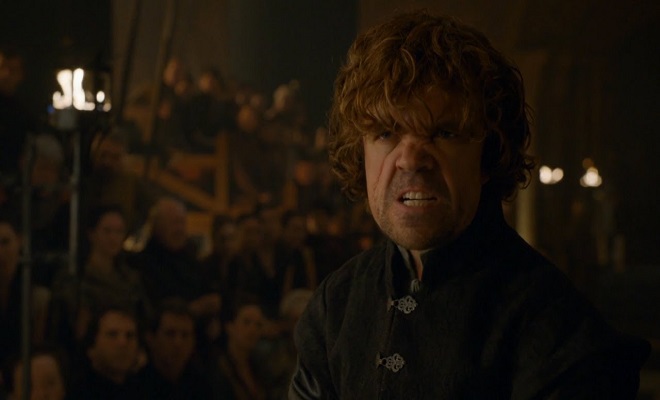 So Game of Thrones finale season is on-air with full flair and fans worldwide can’t stop raving about the greatness of the greatest TV series. Last week we saw the living gain victory over the dead, and in all honesty we were a little too excited to see the living vs the livings now aka Cersei vs Daenerys.

Regardless of the powerful ending to the episode 4 which once again left us wanting more (can’t help the fandom), there were three absolutely cringe worthy moments in the episode that left us flabbergasted.

Oh and it’s not the Starbucks mug we are talking about!

So after a drinking game Sir Jaime Lannister and Sir Brienne of Tarth get into a forcefully passionate hookup. Now while we had known this for quite some time that they had ‘soft spot’ for each other, it was absolutely not needed to show them get into a physical relationship in the influence of alcohol. Heck it was just needed for them to get to this point of their relationship. Could we just not enjoy a subtle romantic yet powerful relationship between them, and we could just live in that bubble. Alas, the bubble got burst and came out Jaime and Brienne’s awkward intimate scene which was just out of place.

And a while later Jaime rides a horse to go to Kings Landing for Cersei? Leaving Brienne in tears? What on the earth was going on there!

One of our most favorite scene from latest episode was of Sansa and Hound as they reminisce at old times. While Clegane calls her a ‘little bird’ and she tells him that she’s not a little bird anymore after facing Littld Finger and Ramsey Bolton, we just got swoon by the powerful transition of Sansa’s character.

But alas, she has gotten really big though. A while later Sansa is the one who tells Tyrion of Jon’s reality and Tyrion passes the information to Vareys. While we understand that the plot required Vareys and Tyrion to know about Jon’s Targaryen bloodline, it just came as an old time’s reflection when naive Sansa could not keep her words or composure. Tyrion could have gotten to know from any other source too, but no Sansa had to be the one to slip off again. So much for the character’s growth?

The Dragons and Dany are Easy Targets?

All this while for the last 8 seasons we have been told that the Dragons and their mother are the most fierce and lethal beings on the show. There has been a narration to build dragons’ intimidation and yesterday all of it collapsed within a few seconds!

Dany is flying her dragon high above the fleet that’s heading to King’s Landing, and Euron Grejoy – who is in absolute plain sight gets a chance to attack her?

It is evident that the series has to end now but in the haste the makers have simply undermined the powerful personality of Dany and her priced Dragons. And even after Euron manages to take down one dragon, Daenerys instead of going behind his ships to attack from rear end, chooses to fly away on the other dragon as her fleet is destroyed by Grejoy. We could not help but scratch our heads over this hasty and pretty much absurd part of the episode.

All in all, the episode was build up on a weak script last night and to compete with the time constraints the makers are dealing with, we felt the essence of GoT was quite missing. However, the next episode’s preview looks promising and we are hooked over the end of last night. Let’s hope Daenerys Targaryen revitalizes her role next week.