Game Of Thrones S8 E5 review: What do they say about absolute power?

Its time Jon delivers democracy like the ‘free folk’ 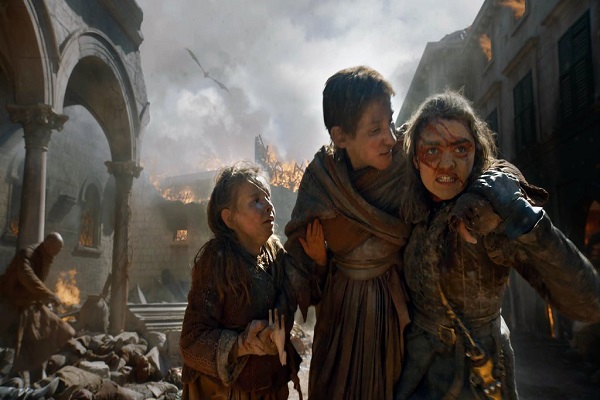 Life goes in full circles if you are a Targaryen. So, we have it our beloved Danny is her father. Without Missandei, Danny had no one to comb her hair and boy was she mad. “Dracarys” (burn them all) was Missandei’s last word and Danny proved a true friend…of Missandei, not of the people though.

I have felt down a little bit with how rushed things have been this season. Jamie’s slow burn was replaced by dragon fire style of roasting. Yet, I felt this episode had more than destruction and carnage. At least for the initial part it was tantalizing. Last week Cersi looked as if she had cornered Danny. But Scorpions, were no match to now aware of threat Danny.

So, we saw this episode of bloodshed and horror. Danny had made her mind up before that but Jon not being into incest was the final nail in the King’s Landings’ coffin. I wonder if she was actually trying to get rid of the simpleton nephew of hers. During that Grey Worm losing his head moment, I wondered (slightly panicked) if he has been asked to weed the naïve Targaryen out. Well, may the writers had enough characters killed off.

Varys, somehow was right. What must Tyrion be thinking now. But that brotherhood moment was so tender, it almost had me believe that we may them again but…Jamie had to die with Cersi in his arms. It just had to happen.

Also Cleganebowl people, it happened. It wasn’t a fight but a suicide mission for the little brother. The Kane (WWE) like mask removal did add to the whole thing. But what did Qyburn do to the Mountain? Perhaps he deserves being tossed to death. Arya-what-will-she-do-next theme goes on till the last episode. Can we imagine the expected?

Director Miguel Sapochnik was successful in showing the destruction, the despair in equal measure. It was difficult to watch at times. Nonetheless, it was coming and when it came it was simply relentless.

But what I enjoyed was the overarching theme of the episode. Absolute power does corrupt and revenge is well, after a point tiresome.

Here is an idea, Jon sends a raven to Tormund Giantsbane, asks for the free folk constitution and introduces that in the seven kingdoms.

Democracy is the best revenge iinit?