Hameed marries off Sawera in haste 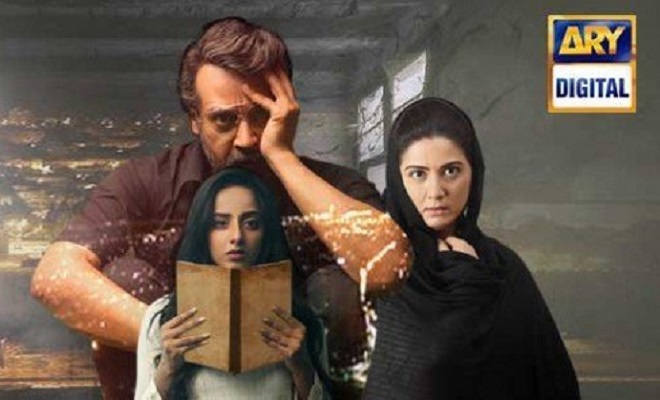 Haiwan’s episode 9 is all about Hameed’s fear and panicking, and Azra’s affiliation with the place where Masooma is secretly buried. The story that amazes you has been  brilliantly penned down by Sara Sadain Shah and well directed by Mazhar Moin. Together, the director and his actors bring about a captivating tale of a heinous sin.

As far as actors are concerned, we have Faysal Qureshi giving the best performance of his life in Haiwan. The actor had earlier impressed us in

The episode begins when Hameed has decided that he will marry off Sawera as soon as possible and he is doing it in haste. Despite of noticing the boy’s strange behavior he is still persistent that he is doing right. Hameed is not even giving his wife a chance to express her opinion about the boy, he is an introvert sociopath and he takes all his frustration on his wife and his wife never confronts him.

The fear of revelation of his crime and extreme guilt over that sin has made Hameed’s life miserable and his condition is deteriorating day by day. His only option is to repent, repent from his actual sin (alcoholism and seek Masooma’s mother forgiveness), well its not as easy as it seems Hameed’s confession could lead to devastating consequences and Hameed knows that. His situation is helpless where he has no option but to conceal his extreme guilt and remorse.

Momina is expecting and for the first time Hameed congratulates her in a very kind way, otherwise she has been always snubbed by him. Maan is exuberant by this news and he is showering Momina with lots of gifts and shopping. He is also taking good care of his mother in law. Strangely Azra finds peace in staying near the place where Masooma is secretly buried. Hameed spots Azra lying at the same spot and it has scared the hell out of him. On inquiring why she is lying there, her reply was ” Bhai Sahab Masooma ki yaad aati hay kya aapko b wo yaad aati hay”? Hameed gets a panic attack on hearing this.

Well as expected Sawera is married in a very hasty manner and her husband is a very strange person who has zero interest in her and in the marriage. On the wedding night he clearly tells Sawera that he forcefully married her and he has no interest in her and he also taunts that his family should have investigated well about him without marrying her in such hasty manner.Poor Sawera is now paying for her father’s sins.

tweet
Share on FacebookShare on TwitterShare on PinterestShare on Reddit
Rameeza NasimNovember 8, 2018
the authorRameeza Nasim
Rameeza Nasim, a Paralian, passionate about poetry, drama and fiction. By giving drama critiques I feel like I am endorsing the writer's message to the audiences, I love my job. Being a critic responsibility lies on my shoulders to point out the flaws and shortcomings of the play be it on writer's , performers or director's end . I did my Masters in English Literature and Linguistics .
All posts byRameeza Nasim