Mehreen tells her khala that she cannot live with Aswaad anymore and she wants a divorce from him. 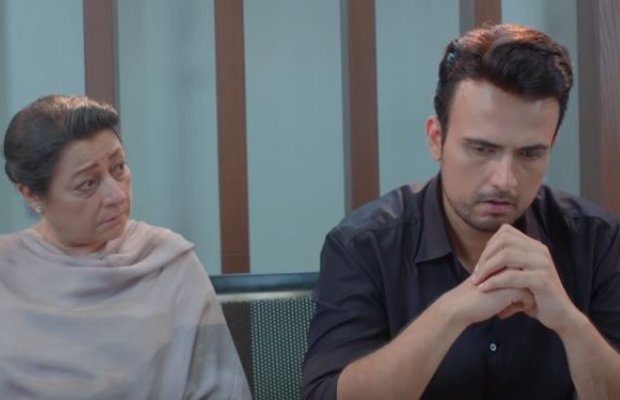 Hum TV’s Hum Kahan Kay Sachay Thay finally breaks its curse and the story seems to move fast towards its resolution. Although this episode is a bit slow, however, it’s very important as the story has taken a drastic turn, Aswaad is full of regrets and Mehreen does not want to live with him anymore. In the previous episode, we have seen that Aswaad gets to know the whole reality of Mashal and Mehreen through Shabo’s narration.

It is clear to Aswaad that Mehreen has not murdered Mashal, in fact, it was Mashal who attempted to kill Mehreen but accidentally she gets killed. So yes Mashal has also not committed suicide. Mashal has told Shabo to make two mugs of tea and instructed her to put the powdered sleeping pills in Mehreen’s mug but then Shabo forgets which mug she has to put the powder and she mistakenly ends up pouring the powder in Mashal’s mug.

Well, one wonders how casually Mashal is treating this poisoning stuff. She initially tried to put it in her food but when Mehreen refuses to take that food she tells Shabo to throw that food. The death of the dog is mentioned in this episode no one ever mentioned it before. So Aswaad realized that it is actually Mashal who tried to kill Mehreen and poor Mehreen is always innocent.

Aswaad’s heart is filled with severe feelings of remorse. He is feeling extreme guilt over his past behavior with Mehreen where he has exhibited all sorts of emotional abuse on her just because he wants to satisfy his guilt. Aswaad is feeling bad over becoming a compulsive abuser. Will this extreme feeling of remorse redeems Aswaad of whatever he has done with Mehreen? Should Aswaad be forgiven?

Well, Aswaad’s regrets certainly do not wash away his sins, he is certainly responsible for Mehreen’s deteriorated mental health. Never ever he has given any chance to Mehreen, never ever has he tried to listen to her side of the story so how can he be redeemed with his tears only? Poor Mehreen is still getting that intense hallucination and it seems that she will take time to get over it.

The episode ends on a strong note when Mehreen tells her khala that she cannot live with Aswaad anymore and she wants a divorce from him. Wondering that why Mehreen has not taken this brave decision before?

tweet
Share on FacebookShare on TwitterShare on PinterestShare on Reddit
Rameeza NasimDecember 14, 2021
the authorRameeza Nasim
Rameeza Nasim, a Paralian, passionate about poetry, drama and fiction. By giving drama critiques I feel like I am endorsing the writer's message to the audiences, I love my job. Being a critic responsibility lies on my shoulders to point out the flaws and shortcomings of the play be it on writer's , performers or director's end . I did my Masters in English Literature and Linguistics .
All posts byRameeza Nasim