The story begins with a heartbreak and refusal 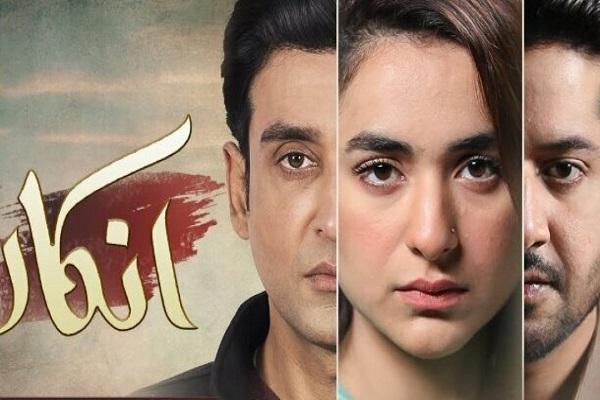 This year, we seemed to be spoilt with choices when it comes to drama. Amazing projects line up our week and we actually are left bewildered about which one to choose and what to let go. For quite some time we’ve been waiting for the Sami Khan, Imran Ashraf and Yumna Zaidi starrer Inkaar, and it having begun last night on Hum TV, we can safely say that this one is an interesting watch.

Set in interior Lahore the play begins on a very classy note setting the theme and the mood to revolve around heartbreak and refusal. It seems like Hajra is carrying with her a deep secret, the scenes show that she has been heartbroken and is now escaping from something. She has dropped her university and currently teaching in a school. She belongs to a simple background her father is a Halvai. Hajra is portrayed as a headstrong girl who lives in her own world.

Hajra’s father is surprised when his neighbor tells him that there is a proposal for Hajra of a Sectary level Civil officer’s son and he used to study in the same University where Hajra did. It makes Hajra’s parents, particularly her mother suspicious, that Hajra might be having an affair as her melancholy and lifelessness do suggest that she might be involved somewhere. But Hajra has never discussed it with anyone and she confirms that she knows nobody by the name of Shayan.

Shayan’s father is a very proud and arrogant person who has his status on his head but he goes to interior Lahore for his son. However, he is rather surprised by Hajra’s attitude. Hajra’s mother seems like a very down to earth and reasonable person but her father is quite blunt. Shayan and Hajra talk in person where Hajra clearly refuses his proposal!

While Shayan keeps a cool head, his father is angry on the insult. And Shayan does nothing but follow Hajra to the school she teaches.

Although we haven’t been given much, but as the title suggests, the drama might have something to do with the importance of consent or refusal, stressing the fact that a no, means a no.

For now, we have Yumna Zaidi, impressive as Hajra and Sami Khan, sauve and level headed as Shayan. We’re looking forward to being introduced to Imran Ashraf’s character to see what value he will add to this rather interesting story that Inkaar seems to bring about. Kashif Nisar’s direction and his attention to detail is no surprise. His finesse and creative vision come translated on the screen for the viewers and with a Zafar Mairaj script, we’re sure Inkaar is going to be a combustible combination of an engrossing story, top notch direction and some memorable performances.

tweet
Share on FacebookShare on TwitterShare on PinterestShare on Reddit
Rameeza NasimMarch 12, 2019
the authorRameeza Nasim
Rameeza Nasim, a Paralian, passionate about poetry, drama and fiction. By giving drama critiques I feel like I am endorsing the writer's message to the audiences, I love my job. Being a critic responsibility lies on my shoulders to point out the flaws and shortcomings of the play be it on writer's , performers or director's end . I did my Masters in English Literature and Linguistics .
All posts byRameeza Nasim