Ishq e Laa Ep-21 Review: Azka gets shock of her life after finding out Azlaan is her benefactor!

Justice for Shanaya is served but in a very unconvincing manner 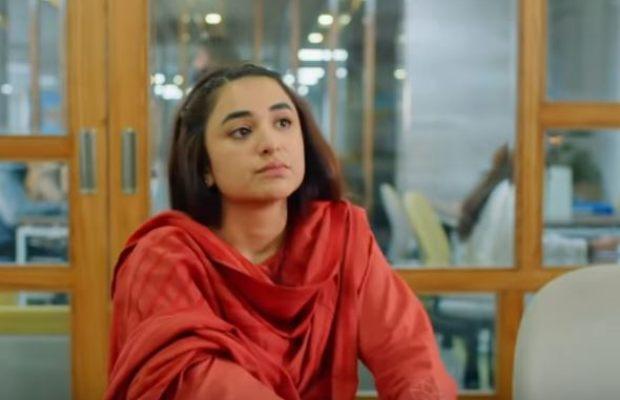 Ishq e Laa the drama serial airing on HUM TV has turned quite intense. This latest episode in particular turns out to be quite happening one. Justice for Shanaya is served but in a very unconvincing manner. Azka gets a shock of her life when she comes to know that Azlaan is her benefactor. In the previous episode, we saw that Azlaan kidnaped Arbab Haroon’s son to take his revenge and get justice for Shanaya.

There is a very haunting scene of Arbab Haroon dreaming about his son’s dead body. The next day he holds a press conference and there he admits that he and his goons are behind the murder of Shanaya. Arbab Haroon has the intention to get his son back then he will cover this up with the help of his lawyer.

Out of nowhere, Arbab Haroon’s timid son turns into a courageous and wise soul he tells his father that they have committed huge sins, they have taken three lives, Sultan, Shanaya, and her unborn baby whatever Azlaan did is for the love of his wife. He is in a very unconvincing manner (although his expressions are good there is some problem with his dialogue delivery) tells his father that they will have to pay for their sins. Arbab Haroon has been sentenced to life imprisonment.

Justice for Shanaya happens but in quite an unconvincing manner. Since justice for Anaya is sought, Azlaan is not getting her hallucinations and her ghost is no more there to guide Azlaan towards goodness. Azlaan’s arrogant self is back the way he misbehaves with his old employee who used to serve his father says volumes about his pride and arrogance. Even his mother fails to make him realize his wrong conduct. He has turned into a bitter person who knows nothing but to mint money. There is a lapse of five years shown in the play.

Azka has graduated as a doctor she gets a gold medal. Well, Abid is still there in hope of marrying Azka which seems a bit unreal. Zain wants to marry Azka but his family wants him to marry somewhere else. Azka wants to meet her benefactor she gets his number and after lots of hustle and wait she eventually gets the shock of her life that her patron is no one else than the arrogant Azlaan who is not ready to even accept her gratitude for him. He shames her to be a thankless hypocrite who uses Shanaya. Azlaan is justified because Azka refuses to help him when he asked her for help in the murder case.

tweet
Share on FacebookShare on TwitterShare on PinterestShare on Reddit
Rameeza NasimMarch 18, 2022
the authorRameeza Nasim
Rameeza Nasim, a Paralian, passionate about poetry, drama and fiction. By giving drama critiques I feel like I am endorsing the writer's message to the audiences, I love my job. Being a critic responsibility lies on my shoulders to point out the flaws and shortcomings of the play be it on writer's , performers or director's end . I did my Masters in English Literature and Linguistics .
All posts byRameeza Nasim