Shanaya is fighting for registering FIR against Sultan murderers 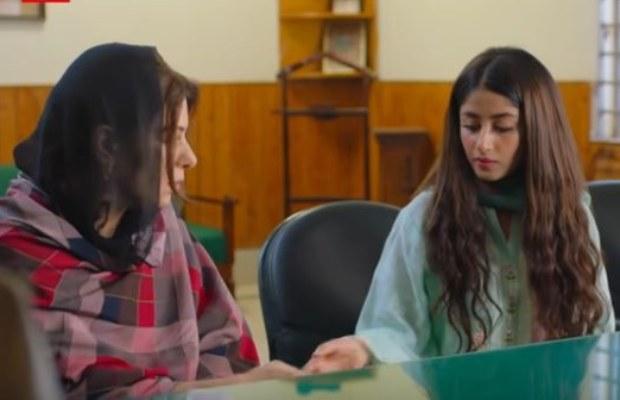 Ishq e Laa the drama serial airing at HUM TV is 9 episodes down. This episode has taken a very tragic turn with the sudden death of one of the pivotal characters of the play Sultan. In the previous episode, we have seen that slight differences start to occur between Shanaya and Azlaan. In this episode, it seems they are going to be intensified as Shanaya is taking Sultan’s case very seriously and she is fighting for registering an FIR against his murderers.

In the previous episode, it seems that Shanaya and Azlaan’s honeymoon period is over as differences start to occur between them but we are wrong there are still romantic moments too. Shanaya cooks food for Azlaan, he appreciates her. Then we have also seen their proximity as a happy couple, their intimacy is so beautifully filmed, they both look great together.

We have also seen that Azlaan throwing a surprise birthday bash for Shanaya at the poolside area of his house. The arrangements were so beautiful. Well, Shanaya and Azlaan’s romance seems timely as differences going to arise between the two especially after Sultan’s death. One of the most prominent characters Sultan dies in this episode in a road accident. He was smashed by a car driven by that politician whose interview Shanaya has taken recently.

Kanwal calls Shanaya in panic from the hospital, Shanaya leaves her birthday party in the middle and visits the hospital. Sultan dies at the hospital before Shanaya’s arrival. People who have seen the accident have recorded the video of the car where the car number is easily visible. That video has reached Shanaya and she is resolute that she will launch an FIR against Sultan’s murderers. However, the police are reluctant to register an FIR they are making excuses as they are trying to save that big shot’s son.

Shanaya uses her media power and pressurizes the Police on top of that she also has taken Kanwal to the Police Station where the Police are suggesting them to accept the ” Khoon Baha” instead of demanding justice. It is so heartbreaking to see that. Raza Haroon is trying his best to save his son and he is now after Shanaya, her life is at risk. Although Azlaan has called the police and has told them to smoothly register the FIR when his wife comes he is not happy, he is not liking the fact that his wife is going to police stations risking her life for Sultan. Differences will go to arise between the two, will Shanaya still proceed to fight for justice for Sultan or will she compromise?

tweet
Share on FacebookShare on TwitterShare on PinterestShare on Reddit
Rameeza NasimDecember 25, 2021
the authorRameeza Nasim
Rameeza Nasim, a Paralian, passionate about poetry, drama and fiction. By giving drama critiques I feel like I am endorsing the writer's message to the audiences, I love my job. Being a critic responsibility lies on my shoulders to point out the flaws and shortcomings of the play be it on writer's , performers or director's end . I did my Masters in English Literature and Linguistics .
All posts byRameeza Nasim