blood shed and brutality of true life incidents is so bonechilling 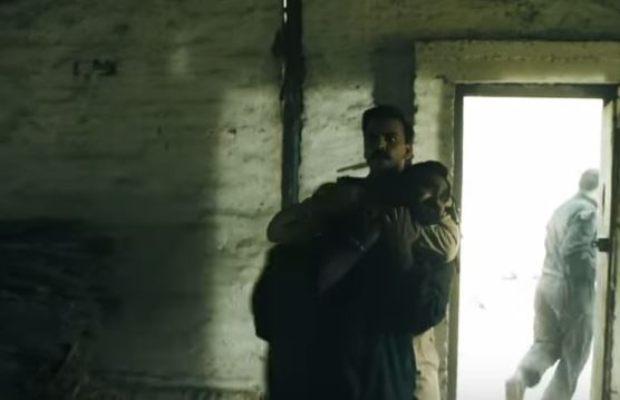 Geo Entertainment has aired another bone-chilling episode of Jo Bichar Gaye. This episode is so heart-wrenching as it quotes true incidents from the Dhaka fall period which have been an epic example of brutality. Even just a thought that such incidents really happened, brings chills down the spine. The previous episode was also an intense one as Captain Farrukh was assigned a task.

The episode begins on a thrilling bone-chilling note when Haroon is being threatened by Shill. He is about to kill Haroon, he has already placed a knife on his neck and he has told him to recite Bismillah, one wonders how come Humanity stoops so low that a Muslim is killing another Muslim by taking Allah’s name just in the name of a Revolution?

Captain Farrukh has assigned a task to kill a few officers and also do an operation searchlight at the Dhaka University where he has to unarm all the armed Bengal freedom fighters. Luckily Haroon is saved when Shill is about to kill him siren starts blowing and there is open firing going. Haroon escapes from there. Rumi is calling and looking out for Haroon shouting his name when he finds him hidden behind a chair, both brothers unite but Haroon is terrified he is continuously saying that we are going to die.

This episode bids farewell to Haroon too along with the mention of so many officers and soldiers and also thousands of people who die in the name of revolution. The quotes of the real-life massacre are horrendous and the thought of it that these incidents happened in real where women are made to drink the blood of their own children, where women are made to dig their own graves before they are raped and brutally killed, where men, women, and children of all ages are slaughtered to death.

Jo Bichar Gaye has turned into a heavy watch that requires quite a heart to watch. This play is certainly not for faint hearts. The terrifying scene of Haroon’s death and the pain and trauma through which his family goes is beyond words. Performances are simply brilliant. Our heart goes out for Captain Farukh and Rumi both are poles apart in their ideologies but they both share the same trauma the trauma of death. Captain Farrukh mentions that at that time he has seen so many deaths in whole colonies full of men, women, and children were massacred. Captain Farrukh mentions that his job was to count the dead bodies and keep a record of them. Captain Farrukh spots Haroon’s name among the dead bodies list. I seriously find no heart to watch the coming episodes already so terrified and depressed.