Captain Siddiq is surrounded by Bengali soldiers in the jungle 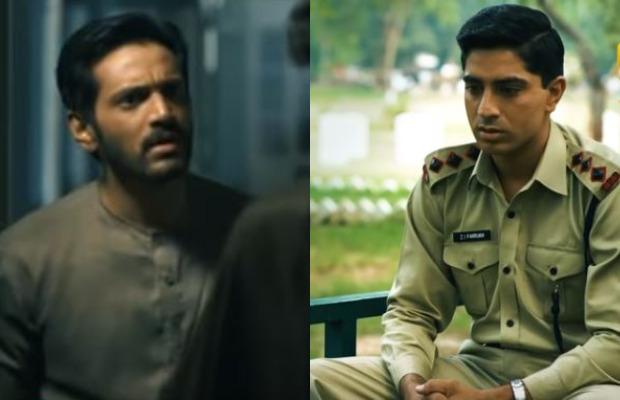 Jo Bichar Gaye the masterpiece leaves us in awe with its wonderful performances and gripping storytelling. This episode totally belongs to Talha Chahour and Wahaaj Ali. In the previous episode, we see Army’s food supplies getting banned and when Captain Kabir tries to get some supplies from Bazzar he gets shot. In this episode, things are getting worse even Rumi’s house is marked with a red cross!

The episode begins by showing Captain Kabir’s funeral with full Army protocol. Captain Farrukh is deeply disturbed by Captain Kabir’s martyrdom. The way he speaks his heart out in front of his senior having tears in his eyes depicts the helpless condition of the Pakistani Army in East Pakistan.

There is a new addition of the character Koko who is an interesting lady, unlike Shabnum who is a typical Begum. Koko takes a keen interest in political discussions. Mujeeb ul Rehman has demanded uplifting of Martial law which is criticized by them as they want nothing less than the creation of Bangladesh. In the scene where Koko aunty asks Sonia to draw three tarot cards but after watching that cards she keeps silent and does not comment on the readings, cards are shown to us as well prophesies that something terrible going to happen with Sonia!

Captain Farrukh finds a death threatening note at the drilling area which is telling them to wind up their cantonment from this place otherwise they will make this Cantt a graveyard. Captain Farrukh has been given a new assignment by his senior to find out the person who is behind this threat note according to him the suspect is within them as no one from outside can come into their territory. It is so heartbreaking to see the Pakistani Army getting so weak and helpless in the East Pakistan region.

Wahaaj’s performance is so brilliant when Rumi sees the red cross sign outside his own house! Yes, his very own revolution turned anarchy is now after his own house too. This red cross sign means that the house will be attacked. Rumi straight away goes to his own professor who unlike before treats him very coldly telling him that his own cousin Sonia is a sort of a Pakistan agent and she is having an affair with a Pakistani Army officer. Then he also tells him that his Chachi is also a West Pakistani, the terror in Rumi’s eyes reflects the brilliance of Wahaaj’s acting. The way Wahaaj is trying to remove that cross sign gives us goosebumps fearing that Sonia and Rumi going to die!