Tragedy of Kashf is so heart breaking 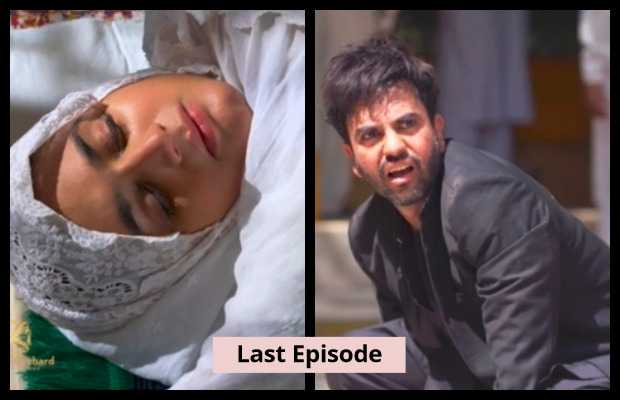 One of the finest HUM TV drama serial Kashf finally came to its conclusion. The play ended on a very tragic and heartbreaking note. The protagonist of the play Kashf dies leaving behind everything. The play is conveying a very strong message that greed always has an ugly ending. Kashf’s family and their greed have eventually eaten up Kashf. Performances by the lead cast Hira Mani and Junaid Khan were simply incredible, particularly in the last episode, Junaid Khan he has given his best performance till date, it is brilliant. Besides the lead cast, the supporting cast has also given their best performances. The writer of the play Imran Nazir and director Danish Nawaz deserves all praises for coming up with such a masterpiece. Kudos to the entire team of Kashf.

Kashf’s soul is dead from the day Wajdaan has divorced her but it is shown that Wajdaan is not in peace as well, he is behaving as if he has lost his mind. Talking with himself assuming as if he is talking to Kashf. Here Junaid Khan is given an award-winning performance. Wajdaan’s mother talks with him about taking his proposal for Zoya and he nonchalantly agrees.

In the scene where Wajdaan and Kashf meet, Wajdaan accuses her as a hypocrite and tells her that he is happy that he is going to marry Zoya but having tears in his eyes and Kashf faints on hearing this. Here both Hira and Junaid’s performances were impeccable. Well, one wonders on Kashf’s family insensitivity, why her mother is more than happy to agree on Wajdaan’s proposal for Zoya? Does not she has any feelings for her daughter how Kashf will going to suffer and secondly how can she thinks that Wajdaan who divorces Kashf on a small issue will keep Zoya happy?

Well one of the most satisfying parts of the ending is how Wajdaan treats Zoya on her Wedding night. He literally crushes all her feelings, telling her that he only loves Kashf and she is the one who will only rule her heart forever. He rightly blames Zoya for ruining his and Kashf’s life. He leaves Zoya as a bride on their wedding night and wanders on the street like a mad man ending up going to a shrine and lives there like a Malang.

Kashf on the other hand sees her own death in her dream. She sitting at Mattiuallah’s astana advising her followers to pray and she herself dies in her prayer in the supplication position leaving behind all the burden of her guilt and sorrows. Kashf’s family’s world turn upside down and their greed have eventually eaten up Kashf’s life and happiness. I cannot stop my tears when Wajdaan sees Kashf’s funeral and he holds her coffin. Oh What a tragic end! Kashf serial will be missed and indeed it is one of the unique serials with a beautiful script, powerful performances and brilliant execution.

tweet
Share on FacebookShare on TwitterShare on PinterestShare on Reddit
Rameeza NasimOctober 28, 2020
the authorRameeza Nasim
Rameeza Nasim, a Paralian, passionate about poetry, drama and fiction. By giving drama critiques I feel like I am endorsing the writer's message to the audiences, I love my job. Being a critic responsibility lies on my shoulders to point out the flaws and shortcomings of the play be it on writer's , performers or director's end . I did my Masters in English Literature and Linguistics .
All posts byRameeza Nasim