Dilawar arrives in Multan, not knowing he has been summoned to kill Farhad 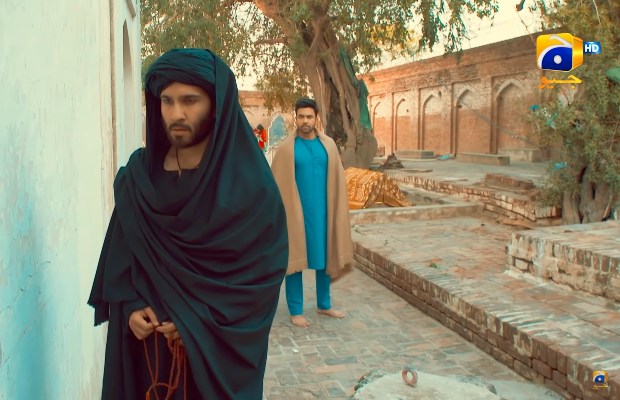 The latest episode begins with Sikandar showing up at the shrine to talk to Farhad and ask him the truth and true nature of his and Mahi’s relationship. Farhad tells him Mahi is just like any other girl to him who comes to the shrine to get her wishes fulfilled. He tells Sikandar that Mahi is pure of character and clean of heart and Sikandar should marry her and forget about anything that he has heard.

Sikandar’s mother goes to meet Mahi at her parents’ place. She asks her why didn’t she tell her the truth and how she felt if she loved and respects her like her own mother. Mahi tells her she is happy and cannot think of ruining her family’s respect and honor by doing something like that. She says to Sikandar’s mother that it was all in the past and she has put it behind her. But despite that, Sikandar’s mother can read Mahi’s heart through the tears in her eyes.

Dilawar arrives in Multan, not knowing he has been summoned to kill Farhad, who he doesn’t know is still alive. He is hesitant to kill a saint at a shrine but is told he’s an enemy of the family and that it is the right time to prove his loyalty to the Shah family.

Before she leaves, Sikandar’s mother tells Mahi’s mother that does whatever is best for Mahi because her happiness is above everything else which makes Mahi’s mother think that their secret isn’t a secret anymore. The episode ends with Mahi and Farhad reminiscing about the past and each other.