The episode was an emotional one. 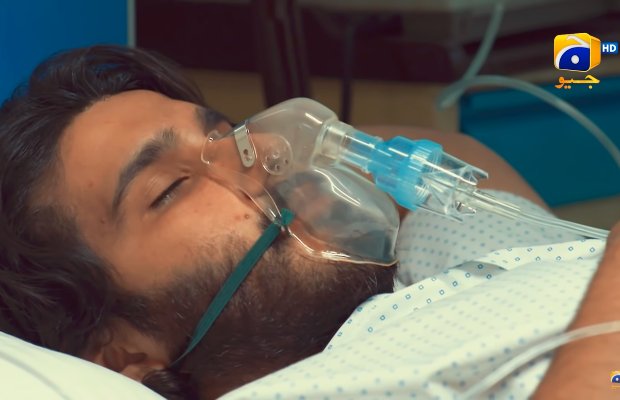 The episode begins with Dilawar arriving at the shrine while the annual urs is going on. Nazim Shah’s man points him towards the man he is supposed to kill. Without giving it a second thought because he knows it is a matter of loyalty, Dilawar whips out his dagger and plunges it into the man’s chest, only to learn later that it is Farhad. This leads to a situation of chaos when people catch Dilawar and take him away while Farhad loses consciousness.

Mahi remains restless the moment Dilawar’s dagger’s blade impales Farhad. She has that sinking feeling in her stomach that something is terribly wrong.

Sikandar and his mother find out about Farhad and are just as worried. Sikandar rushes to the hospital to make sure he is well taken care of and is getting hands-on treatment.

Noora tells Nazim Shah about what ensued at the shrine and he is furious. He wants Farhad to die at all costs.

Mahi tries to sleep but cannot stop thinking about Farhad. On the other hand, Farhad continues to battle between life and death in the hospital.

Sikandar’s mother arrives at the Shah’s place and berates them for being heartless people who don’t think before murdering innocent people. The family is shocked when they learn about what Nazim Shah has done. Upon hearing about Farhad, Mahi faints. The minute she wakes up, she wants to see him but her family tries to stop her for she isn’t well. She loses consciousness again.

At the hospital, the doctors ask Sikandar to arrange matching blood for Farhad because he has lost a lot of it. They also tell them that Farhad needs prayers more than anything else. Dilawar continues to be in tears because he knows the sin he has committed by attempting to kill a friend he loved so much.

While he lays unconscious, Farhad dreams about the faqeer and him having a conversation. He tells Farhad that one shouldn’t love so much that it becomes difficult to walk away from them. The faqeer tells him that a grave difficulty lies ahead of Farhad and he must let go of the one he loves. With a smile on his face, Farhad tells him I am ready for it. He says separation has become a friend of his because it never leaves him.

The episode was an emotional one. Just when it looked like things were going to work out for Farhad and Mahi, another calamity struck on their fate. Will he make it through and the two of them will be together again? We will have to wait and find out. Khuda Aur Mohabbat airs on Fridays at 8 pm on Geo TV.