Will Mahi leave with her parents? What will happen when Taimoor’s family finds out Nazim Shah’s truth? 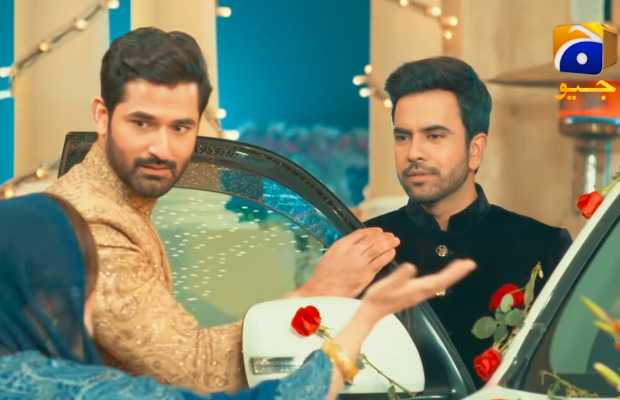 The latest episode of Khuda Aur Mohabbat was an emotionally charged one. It was high on drama and emotions and it is safe to say that all the leading, as well as supporting characters, delivered spot-on performances.

The episode begins with Mahi and Taimoor’s wedding rituals. Everyone’s happy about the union. Taimoor looks at her lovingly and yet Mahi seems indifferent.

Even while bidding farewell to her family, she remains stoic and blank-faced. 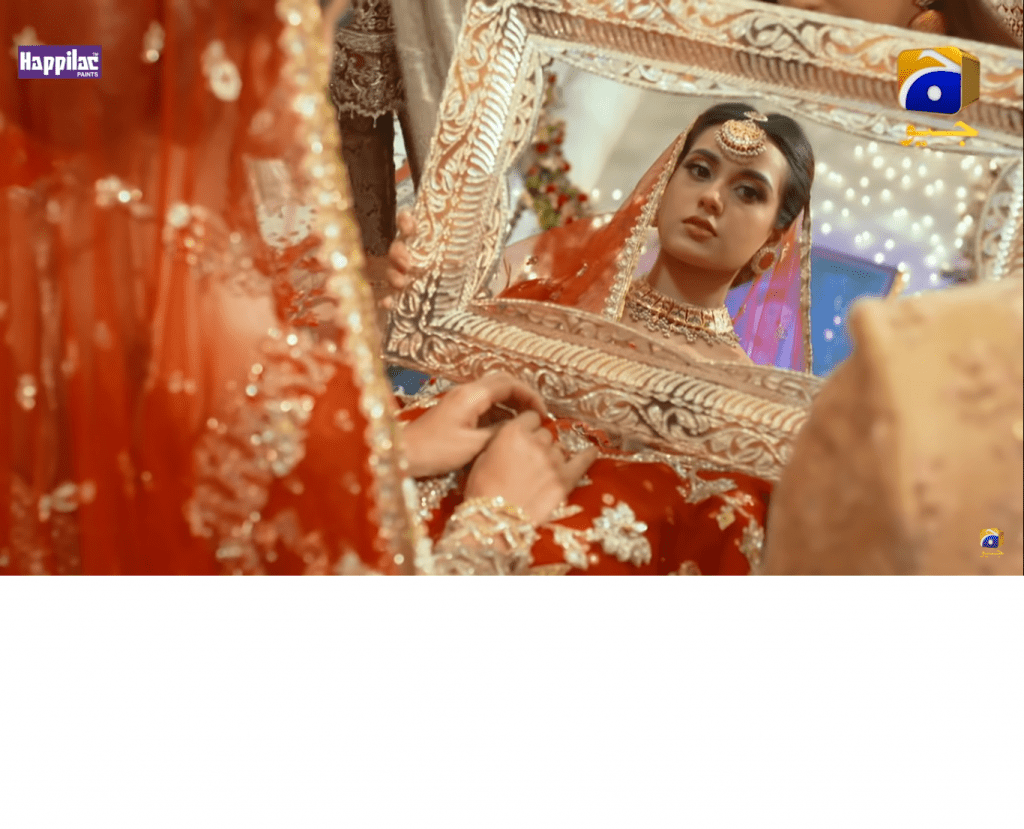 While leaving, Taimoor insists on driving the car to their home. He thinks his brother Sikandar will take too long to drive and the night will pass during the way.

Taimoor tries to break the ice with Mahi by looking at her through the rearview mirror but when she looks at him, she sees Farhad instead and lowers her gaze.

Since Taimoor was driving way too fast, the cars with the security were left behind. A few moments later, a vehicle appears next to the family’s car and fires at Taimoor.

Mahi’s mother goes into a state of shock as she sees Taimoor’s blood on her hands when she tries to make sure he is okay. Mahi stares in wide-eyed shock, her brain refusing to believe what had just happened.

Sikandar calls out to the lifeless, bloodied body of his younger brother, hoping he would wake up but knows it’s too late.

A state of chaos breaks out at Mahi’s home. Her father Kazim Shah stumbles with shock while her brother Nazim Shah looks perplexed, knowing full well he is somehow responsible for this.

Mahi’s mother loses consciousness when she hears the news.

Sikandar is distraught and shaken to his core as he performs burial rights for his younger brother. He thinks about less than twenty-four hours ago when they were leaving for Taimoor’s wedding. 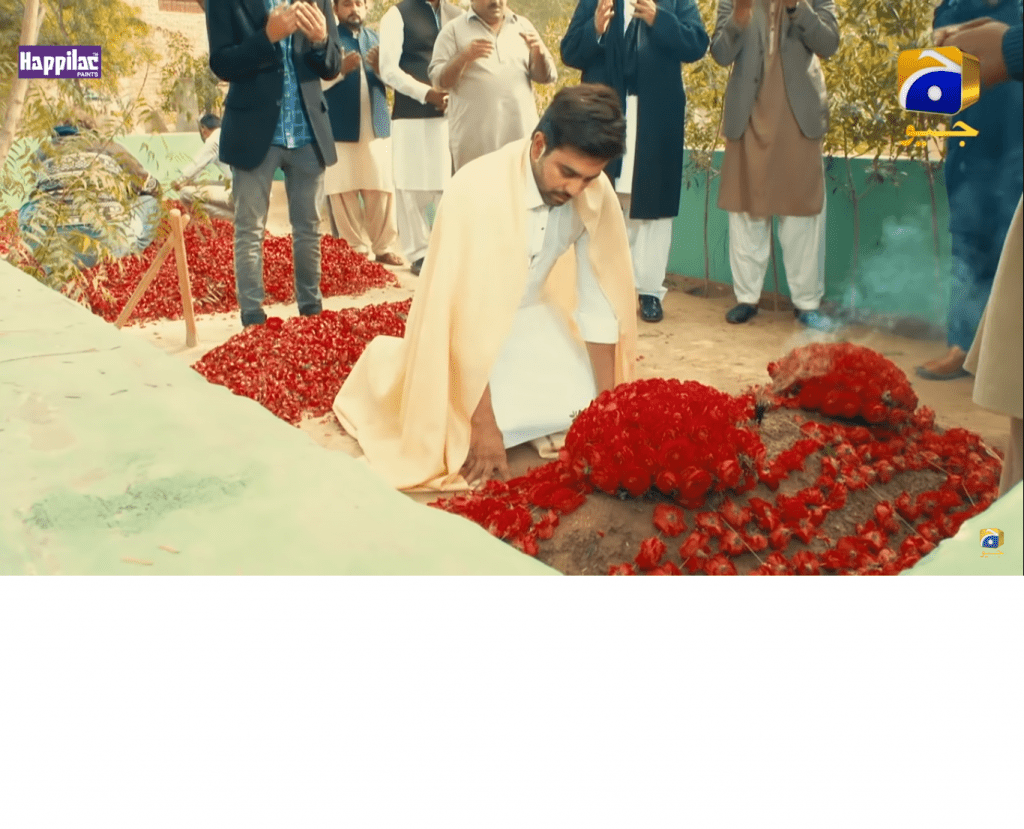 Kazim Shah slaps his son and holds him responsible for everything that has happened. If he hadn’t made the mistake of instigating their rivals, none of it would have happened. 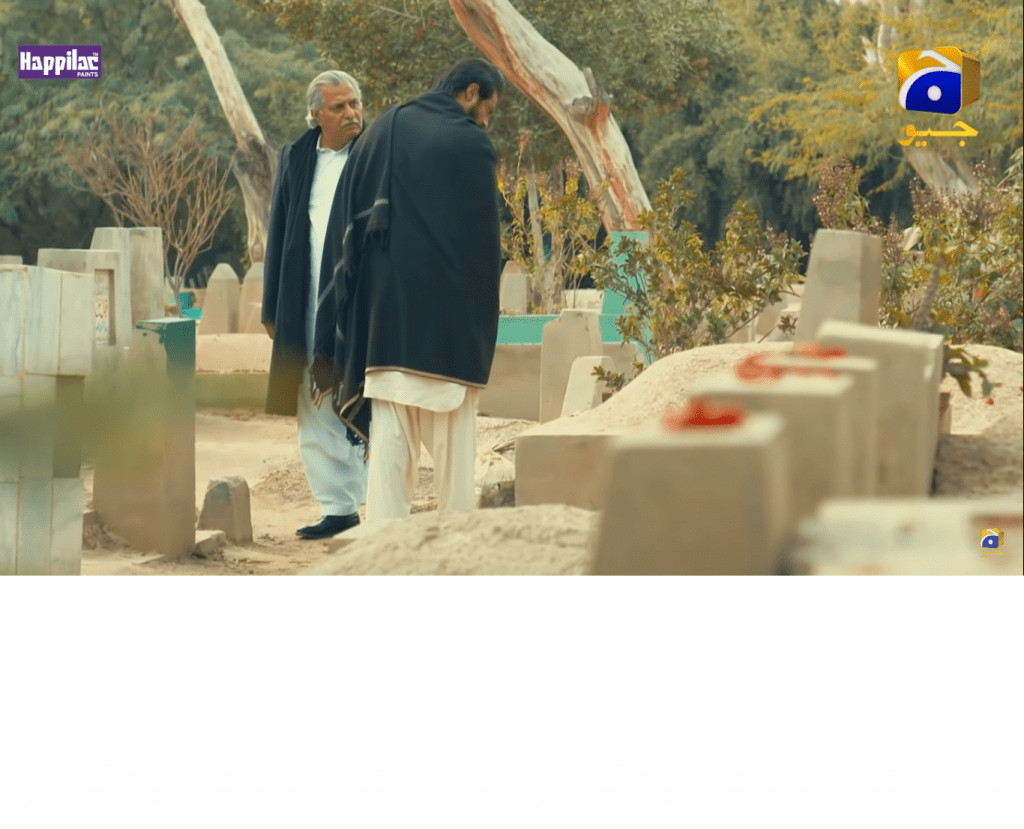 Farhad’s mother returns home and asks for her son. His father tells Fari, his sister, that she will never be able to accept the reality. He asks them to keep saying yes to whatever she says. Naheed is also saddened but remains quiet.

Romana learns of Taimoor’s demise and becomes worried for Sikandar and his family.

Mahi is overcome with trauma and grief. She rips apart her wedding dress and cries over her ill fate. She says she is doomed to ruin everything. 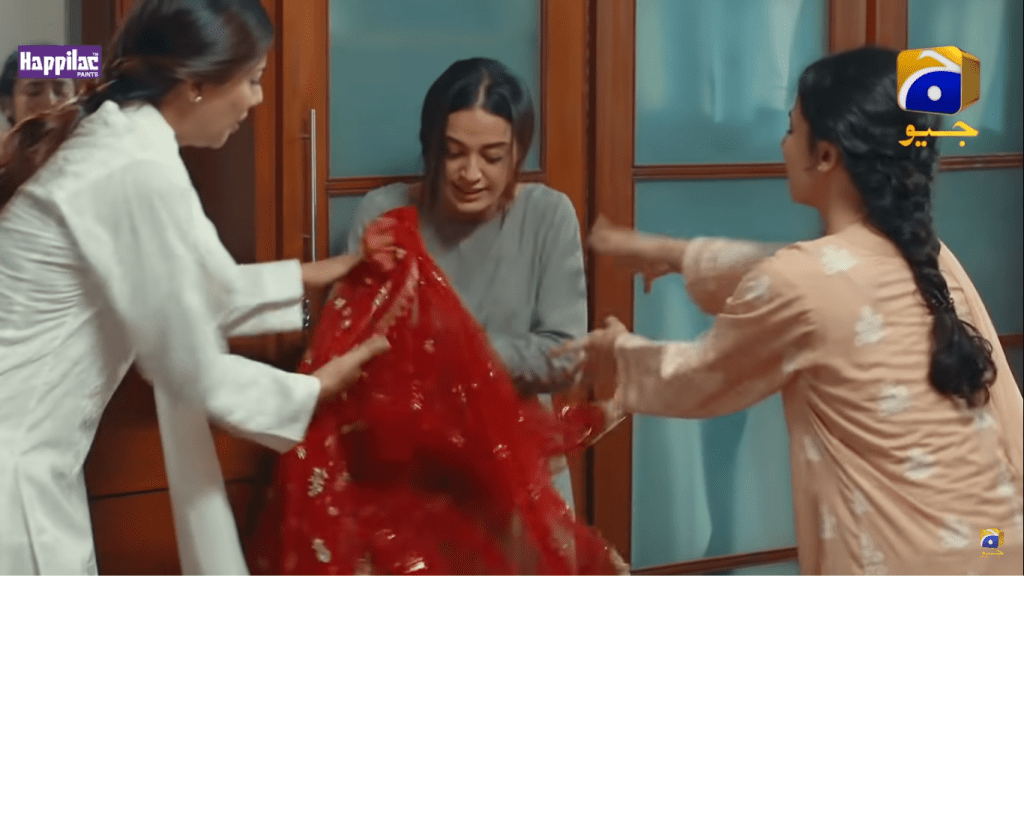 Will Mahi leave with her parents? What will happen when Taimoor’s family finds out Nazim Shah’s truth? Watch this space to find out. 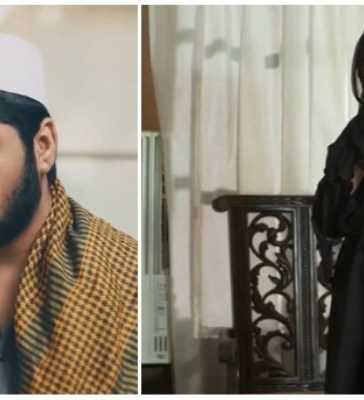