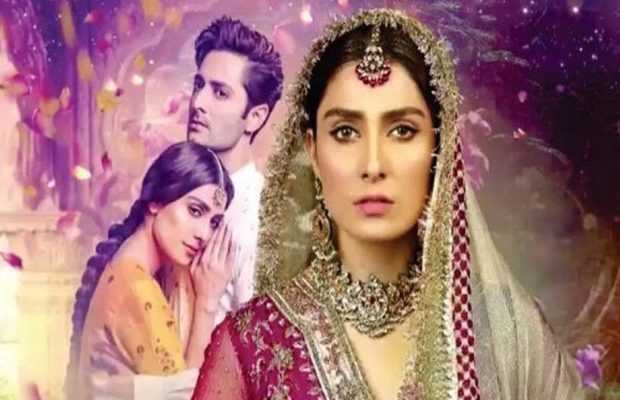 7th Sky Entertainment’s production, drama serial Meher Posh airing at GEO Entertainment is now getting more intense. With Naeem’s realization of his sins and his struggles to fix all those damages and losses he has brought to Mehru not realizing that they are not repairable. How can he bring back her father? Ali Abbas, Danish Taimoor, and Ayeza Khan’s performances are simply incredible. Well, as far as this episode is concerned there is no significant story development.

The episode begins when Mehru gets disturbed after meeting Naeem’s mother and hearing that he wants her to get married and that he will bear all the expenses not realizing that how painful it is for her to hear all this. Well, Naeem is resolute that he is going to find a suit for her himself but it seems that he has realized that it is not an easy task. He has stained her character so much so that now it is so difficult for anyone to accept her.

Naeem’s Chachi is out of the scene and it’s a huge relief as the play seems less toxic now but there are still some disturbing elements in the play one is this sister rivalry. I mean Mehru, her parents and her family is shown in such a positive light then why it is necessary to bring this sister rivalry in between. It looks so disturbing that when Shah Jahan’s mother is spitting venom against her sister she has not uttered a single word in defense for her sister. What a pathetic sister!

Ayat is daydreaming of becoming Shah Jahan’s bride and it seems that Shah Jahan’s mother has also developed some feelings of fondness for her which is so strange that Ayat is from the same family she hates? Anyway, Shah Jahan is still always there for Mehru helping her out, and it seems that Naeem has seen them together and now it also seems that he is realizing that he can be a perfect match for Mehru.

Shah Jahan’s mother will never accept Mehru. She spares no moment in vilifying her character and spewing venom against her. Shah Jahan has sensed his mother’s unjust and rude behavior with Mehru and he is ashamed of it. He clearly tells his mother that he is not going to bear any rude or ugly remarks about Mehru jee or if she is not going to stop passing such remarks for her if she doesn’t change her attitude she will certainly lose her son.

Will Shah Jahan’s mother refrain herself from vilifying Mehru’s character after Shah Jahan’s warning? is she going to accept her?