Mere Humsafar Ep-23 Review: Romance between Hala and Hamza is over!

Hamza has disappointed us the most! 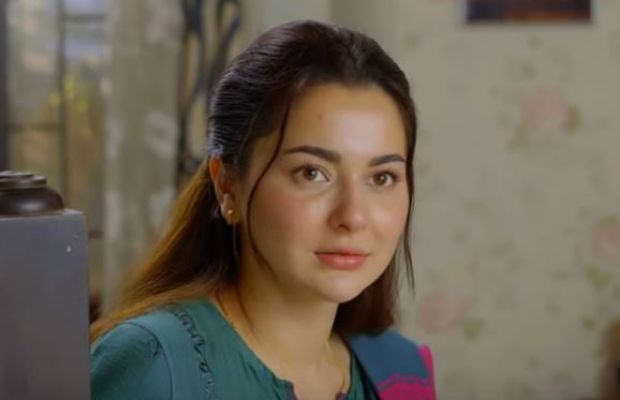 ARY Digital’s Mere Humsafar is one engaging play we all love to watch, the best thing about that play was Hamza and Hala’s romance. In this episode unfortunately that romance has vanished and the story has become more of Saas Bahu Saga. In the previous episode we have seen that Khurram is haunting Hala. We really don’t like where this drama is heading towards.

Hala is not feeling well but Dadi has forbidden her not to visit any doctor. Hala is so naive that she takes the medicine Shahjahan is giving her and insisting her to take. Not for a single moment Hala has realized that she has always been hating her and once she has even threatened to burn her now how come she trusts her and follows her instructions.

Well Shahjahan is such a vile woman she hates Hala to the extent that she has literally tried to kill Hala and her child through that medicine. When the docor tells Hamza that this medicine is harmful for the child not just for the child it could have taken Hala’s life too. When Hala tells Hamza that Tayee Amma has given her that medicine Hamza’s reaction and behavior was totally disappointing. We are wondering that has Hala lost her child or not?

Hamza is quick to mistrust his wife but he is not ready to believe that his own mother can commit such a heinous sin. Shahjahan has very artfully seeds doubt in Hamza’s mind by telling her that Hala might have taken that medicine to avoid pregnancy because she wants to go to London and her plan was dropped by her pregnancy. Hamza believes what her mother says. He is not thinking that why would Hala try to kill her own self? Hamza has already seen how much his mother detest Hala he should have considered that but he turns out to be a huge disappointment.

Hala and Hamza’s romance was what carrying the whole play now it seems merely a Saas Bahu Saga. Khurram is back in the house to haunt Hala and this time, unfortunately, Shahjahan sees him and he creates lots of drama dragging Hala but to our surprise and delight Hamza refutes her mother’s claims on top of that Khurram too clearly says that he does not know Hala. Tayee Ammi’s position again gets weak in front of all especially in Hamza’s eyes. He is having second thoughts. Well why Hala is scared like hell, she was merely having an affair with him why she is not telling the truth to Hamza? It seems this time luck is on Hala’s side as Khurram has refuted all claims of Shahjahan in front of all. Hala is saved for the time being!

tweet
Share on FacebookShare on TwitterShare on PinterestShare on Reddit
Rameeza NasimJune 10, 2022
the authorRameeza Nasim
Rameeza Nasim, a Paralian, passionate about poetry, drama and fiction. By giving drama critiques I feel like I am endorsing the writer's message to the audiences, I love my job. Being a critic responsibility lies on my shoulders to point out the flaws and shortcomings of the play be it on writer's , performers or director's end . I did my Masters in English Literature and Linguistics .
All posts byRameeza Nasim