Shahaan fails to create the balance between his two wives. 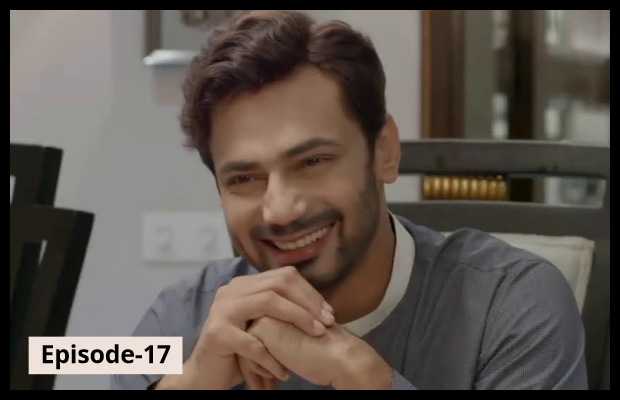 Mohabbat Tujhe Alvida drama serial airing at HUM TV with all its shortcomings is still an interesting Prime Time Watch. In this episode Shahaan (Zahid Ahmed) fails to create the balance, he shows more inclination towards Shafaq (Mansha Pasha). This time it is not Ulfaat’s fault. Performances by the lead cast are at its best but Sonya Hussyn’s performance outshines in this episode.

It is shown that Ulfaat still passionately loves her Khala. Shahaan’s mother talks with both Ulfaat (Sonya Hussyn) and Shafaq, she asks them to live happily and peacefully together and also that they should move forward, forgetting whatever has happened in the past. Ulfaat initiates in making the first move, she asks Shafaq to forgive her and she embraces her. Later when Shafaq plans to go to her father’s house and her Khala asks Ulfaat to tell Shahaan to drop Shafaq to her home we see a color of expressions on her face.

Shahaan and Ulfaat are having a romantic scene where Ulfaat apologizes for her past behavior. She tells him to drop Shafaq at her place then they will have a romantic dinner together. She promises to cook food especially for him but we have seen that how Shahaan is stuck at Shafaq’s place, he dines with Shafaq’s father and then he sits for chess sessions and coffee too which is a bit of injustice to Ulfaat who is waiting for her. He is canceling her calls too and Ulfaat is watching this.

Surprisingly Ulfaat does not create any drama on Shahaan coming home so late and also for not picking up her call. She patiently deals with it and Shahaan beautifully covers everything up and he also dines with her. They had a few romantic moments. Till this part, Shahaan is well-doing justice but then we have seen him crossing the line, doing injustice with Ulfaat. Shafaq calls him at night which she should not and Shahaan should not pick up her call but he does and not just attends but he talks with her the whole night where he expresses that how much he wants to come to her but he is shackled, Ulfaat hears all this conversation.

Well here Ulfaat is not at fault, Shahaan is not keeping the balance, he is indeed more inclined towards Shafaq. When he is spending the night with Ulfaat he should not have pick Shafaq’s call he should have canceled her call like the way he had canceled Ulfaat’s call when she was calling at Shafaq’s place but no he gives Ulfaat’s time to Shafaq and this time Ulfaat is rightly angry with him. Where will all this drama lead to?

tweet
Share on FacebookShare on TwitterShare on PinterestShare on Reddit
Rameeza NasimOctober 8, 2020
the authorRameeza Nasim
Rameeza Nasim, a Paralian, passionate about poetry, drama and fiction. By giving drama critiques I feel like I am endorsing the writer's message to the audiences, I love my job. Being a critic responsibility lies on my shoulders to point out the flaws and shortcomings of the play be it on writer's , performers or director's end . I did my Masters in English Literature and Linguistics .
All posts byRameeza Nasim