Romance is brewing between Samra and Fahad 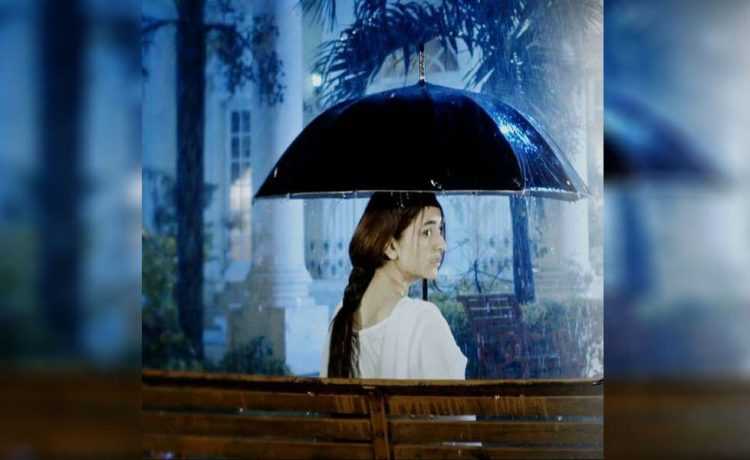 Even though Zahid Ahmed is still missing from the picture, Pukaar seems to be off to an interesting start. Currently Yumna Zaidi and Saad Qureshi are dominating the episodes under the genius direction of Farooq Rind, who we believe has extracted excellent performances from all the cast. The script, written by Adeel Razzak is very fast paced. And even if haven’t seen much of Zahid in the drama, its progressing at a good speed.

The highlights of this episode were Fahad and Samra. Samra apologized to Fahad after a few more arguments and finally she accepts that she too wants to be with him. The proposal scene where Samra insists on Fahad giving her the ring was the cutest.

The episode was fast paced starting from the proposal and focusing on little romances between Samra and Fahad before the wedding festivities took place. Zahid Ahmed’s character Sarang received a brief introduction where he was shown ardently looking at Samra while she argued with Fahad.

Samra and Saarang in Pukaar 🌸 Thursday 8:00pm only arydigital #pukkar#zahidahmedofficial#thanksforthesupport💯

The drama kept up its pace with the wedding and ended on Fahad telling Samra that he will take her to visit her parents the next day. The ending of the episode is the start of Samra’s journey and her try at adjusting amongst the feudal family she has married into.

Pukaar Episode 1 Review: The drama begins on a good note!

An interesting story as yet, lets see what Pukaar brings in for all of us next.

tweet
Share on FacebookShare on TwitterShare on PinterestShare on Reddit
Rameeza NasimFebruary 20, 2018
the authorRameeza Nasim
Rameeza Nasim, a Paralian, passionate about poetry, drama and fiction. By giving drama critiques I feel like I am endorsing the writer's message to the audiences, I love my job. Being a critic responsibility lies on my shoulders to point out the flaws and shortcomings of the play be it on writer's , performers or director's end . I did my Masters in English Literature and Linguistics .
All posts byRameeza Nasim