Ranjha Ranjha Kardi; a drama you need to watch for its amazing performances! 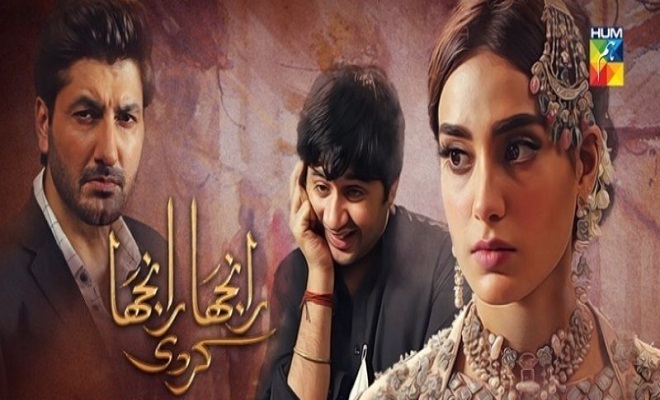 We recently brought you an in detail interview of actor Imran Ashraf, who told us, how he was all set to appear in an unconventional story with Ranjha Ranjha Kardi on Hum TV.  And having seen the first two episodes of the drama, we have to say, the story in aptly referred to as unconventional. However, this is one drama that is laced with some high voltage, exceptional performances. From Iqra Aziz to Noor Hassan, from Zaib Rehman to Imran Ashraf, you really have some fine performances dominating the drama.

Direction by Kashif Nisar is exceptional. He has brought out the best in television with Ranjha Ranjha Kardi, especially its two lead stars, Imran Ashraf and Iqra Aziz. Both these actors star in roles that are entirely different from what they have done before. Iqra Aziz as Noori, the street sweeper’s daughter is fierce, bold and a rebel. She rejects dirty food, used clothes and everything that doesn’t come with respect. Noori is hungry but her hunger isn’t for the worldly things. Noori craves knowledge, Noori dies for respect. This young girl is ready to work day and night, just to earn a respectable living and her fierce determination is palpable.

On the other hand we have Imran Ashraf as Bhola.  Bhola is a mentally challenged, rather simple individual. Bhola has grown up physically, but inside, he’s still a child who gets excited on the prospects of seeing a circus and runs away from home at the first found opportunity. Bhola doesn’t understand double standards, for him life is simple, its either there or not there. Bhola doesn’t know grey, he sees black and white and his demeanor is endearing. Bhola will make you laugh hard and he’ll make you worry as well.

In just two episodes we’ve seen how Noori, who in her quest for respect, lands in the city, on recommendation of a widowed Quran teacher (Amma Janataan) in the village. Noori is working wholeheartedly in the city, only to earn respect and get away from the filth in her home. In the city, she meets Sahir( Syed Jibran) who owns a shop and sparks his interest. Sahir wants to know more about Noori but she heads back to her village during the weekend.

It is during this ride back home that Noori meets Bhola. She finds him innocent yet steers clear of him, only to find him at Amma Janataan’s place and discover how he belongs to a well off family but is mentally challenged and hence his condition.

Noori’s and Bhola’s characters are rather powerful, each engaged in its own struggle. While Noori is living off a life full of challenges, Bhola makes life a challenge for all those around him. How will the two meet and how will fate bring them together. This is what we intend to find out through the next episodes of Ranjha Ranjha Kardi, a drama, you ought not miss.

Tune in to Hum TV every Saturday to catch this exceptional tale of love and self discovery at 8pm. You will not be disappointed.